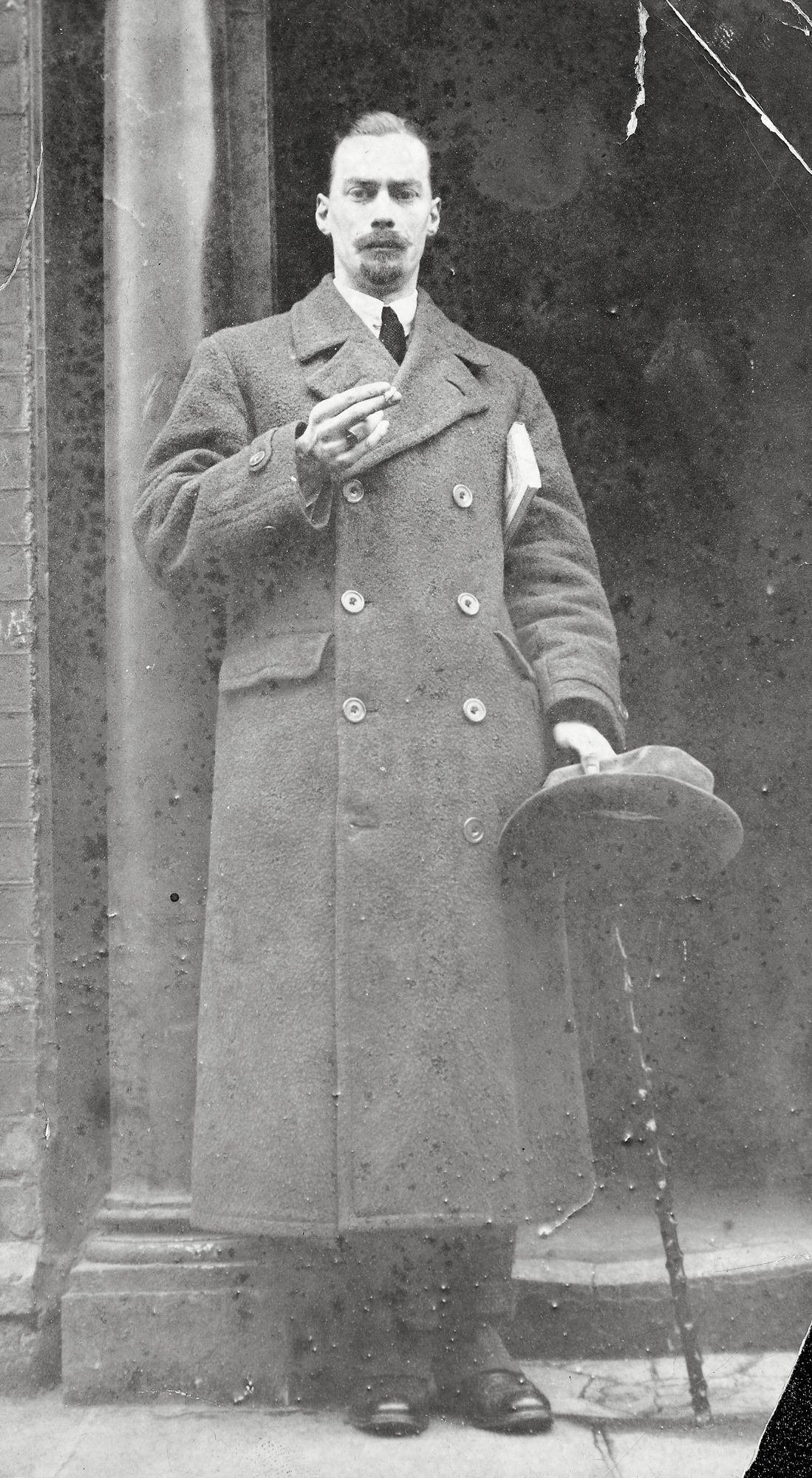 Try to find the date or year when this image was made.
Thanks for contributing!
The name Darrell Figgis rings no bells for this Mary! I never heard of him before and have no idea what part he played in Irish Political life? Up to now the only Figgis I knew of was the bookshop, a heaven on Dawson Street where many happy hours were passed and purchases made. It is fitting however that this Figgis has a book tucked comfortably up under his oxter.

What we learned about Darrell Figgis (1882–1925) today explained perhaps why some of us had not heard much about him. As an early member of the Irish Volunteers, a party to the Howth gun-running, an internee following the Rising and Anti-Conscription crackdown, a TD in the 3rd and 4th Dáil, and chair of the Constitution Committee, one might imagine Figgis was as notable as other early members of Sinn Féin. (Like Griffith, Collins, DeV, Brugha - about whom we know much more). However, as was perhaps not uncommon at that fractious time, Figgis fell-out with others in the new political landscape, and was subject to attack. Both physically and politically. A dapper figure in the early 1920s, in one attack, his detractors forcibly cut his trademark beard. Which perhaps helps date this image. A more tragic figure by the mid-1920s, following the deaths of the women in his life, Figgis took his own. A collection of his manuscripts was published after his death, and titled "Recollections of the Irish War"....