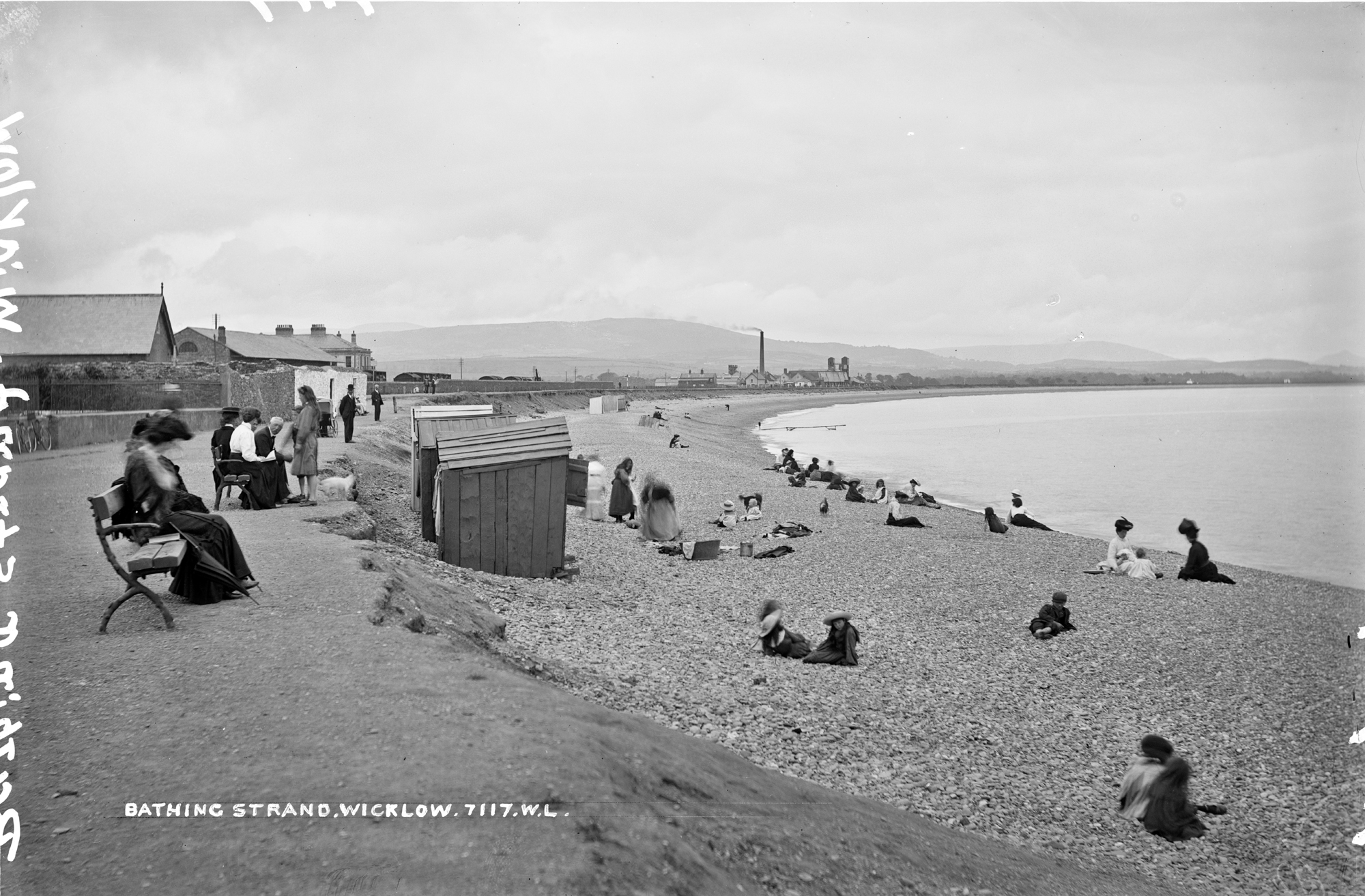 Try to find the date or year when this image was made.
Thanks for contributing!
From the Rocky Road to Glencar to the "golden sands" of Wicklow today. A glorious summer scene with a broad strand dotted with occasional seasonal visitors. I suspect that modern transport has made this a lot busier on sunny days today?

Sunny or not, there's no evidence of active bathing in the shot, which - per today's discussion - is expected to be at the very latter end of the given catalogue range. Thanks especially to O Mac, B-59, Niall McAuley and beachcomberaustralia for helping date and locate this French image...