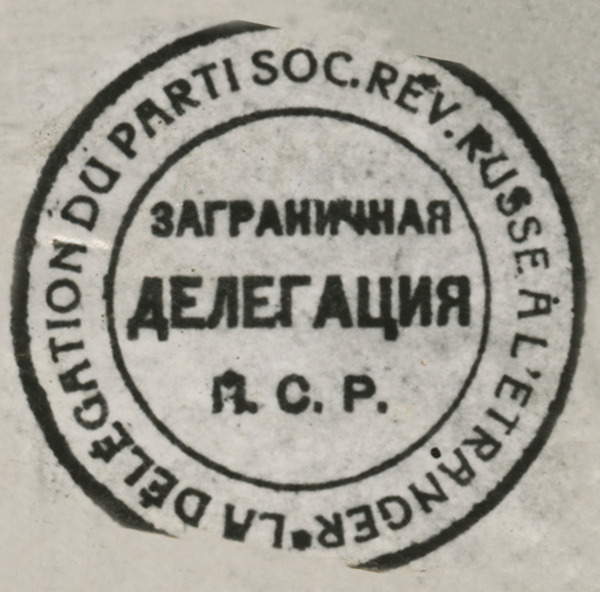 Try to find the date or year when this image was made.
Thanks for contributing!
The Socialist Revolutionary Party was a major political party in Russia in the early twentieth century. It was a revolutionary socialist party espousing a democratic and agrarian socialist platform. It was not a Marxist political party, although some of its members considered themselves Marxists. It’s philosophical roots lay in the Narodnik movement in 1860s and 1870s Russia, which can be summarized as a populist movement where some in the Russian middle class wanted to get closer to “the people”, meaning mostly the peasantry, with some even agitating for revolution against the Tsar. One of their most distinguishing features setting them apart from the Russian Social Democratic Labor Parties (both Bolshevik and Menshevik) was that they favored land socialization over land nationalization. This basically meant they preferred to split up the land among peasants rather than have it be under state control. This also made them more popular among the peasants than most other revolutionary groups. After the February Revolution, the Socialist Revolutionaries made up part of the Provisional Government, but played less of a role than the RSDLP Mensheviks. After the October Revolution of the Bolsheviks, one faction of the Socialist Revolutionaries refused to cooperate with the Bolsheviks and the other cooperated with the Bolsheviks until the Treaty of Brest-Litovsk signed by them in 1918. Based on a popular vote done shortly before the Treaty was signed, they were by far the most popular party in the country. Despite this, during and after the Russian Civil War of 1917-1922 the Socialist Revolutionaries who did not join the Bolsheviks were suppressed in various ways. Many of them left the newly formed U.S.S.R. for other countries. Some of these Socialist Revolutionaries founded the Foreign Delegation of the Russian Socialist Revolutionary Party in Berlin in 1922, whose main political goal was rousing awareness of and opinion against the mounting Bolshevik repressions of their party fellows back in the U.S.S.R. This stamp is in French and Russian. The Foreign Delegation did publish materials relating to their cause in several languages, including French, and there was a Paris-based group of Socialist Revolutionaries who mostly supported the Foreign Delegation’s activities. The French language on the stamp could be related to one of these factors.