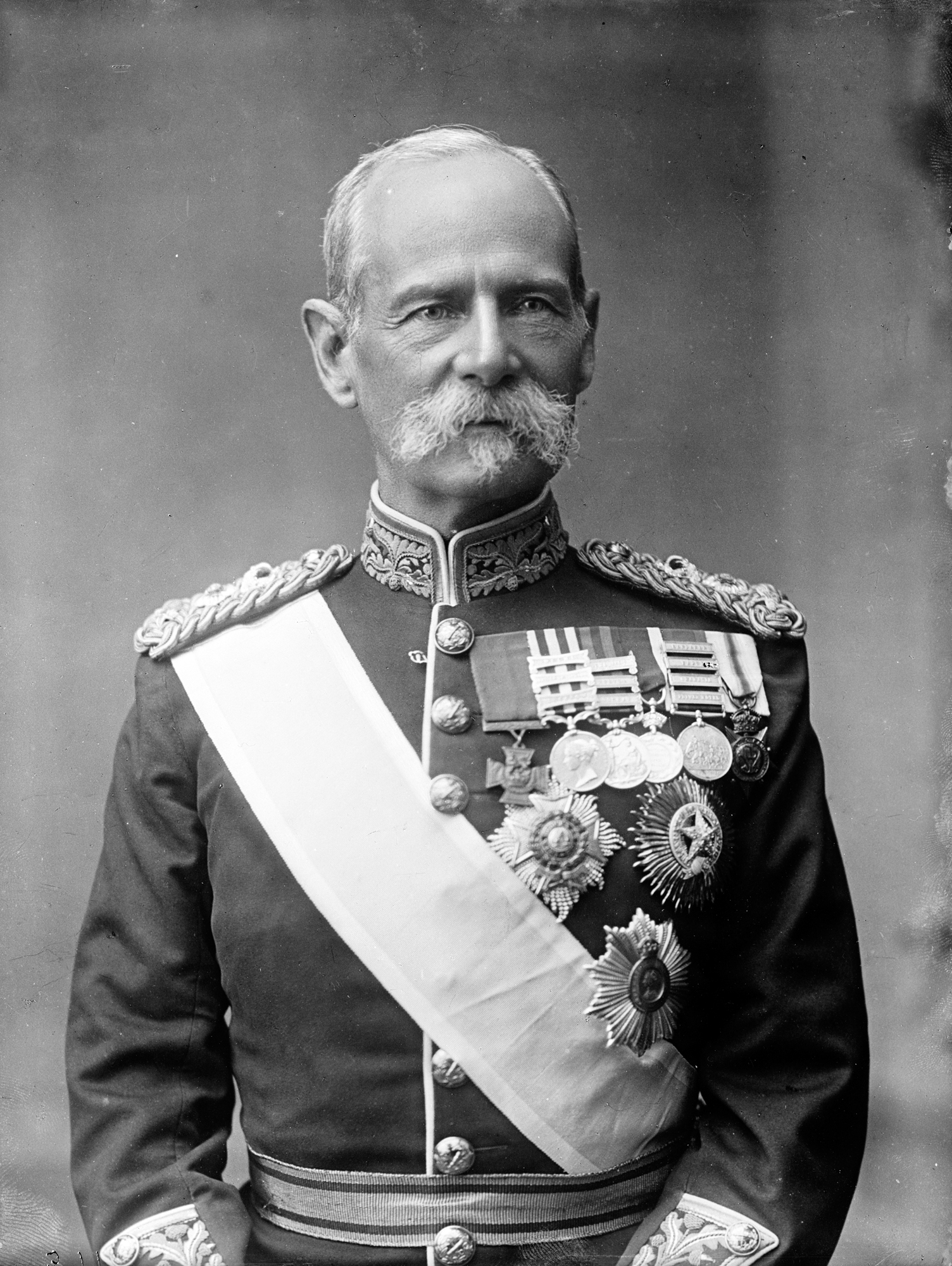 Try to find the date or year when this image was made.
Thanks for contributing!
This Poole image of a much decorated British General is a fine portrait shot. Kipling adored Roberts and wrote a poem especially about him.
THERE’S a little red-faced man,
Which is Bobs,
Rides the tallest ’orse ’e can—
Our Bobs.
If it bucks or kicks or rears,
’E can sit for twenty years
With a smile round both ’is ears—
Can’t yer, Bobs?

From our researchers we find that Field Marshal Viscount Roberts came from a Waterford family and he had strong Waterford roots. He was the winner of the Victoria Cross and had accumulated many decorations and awards including Knight of St. Patrick. Among the many positions he held was as the last Commander in Chief of the British Army.
Many thanks to Beachcomber Australia, Niall McAuley, Paul O'Farrell and many others for filling in the details on this distinguished soldier. Indeed not to allow Rudyard Kipling to be the only poet on the block Beachcomber composed a limerick especially for "Bobs"!
Map and tags updated.