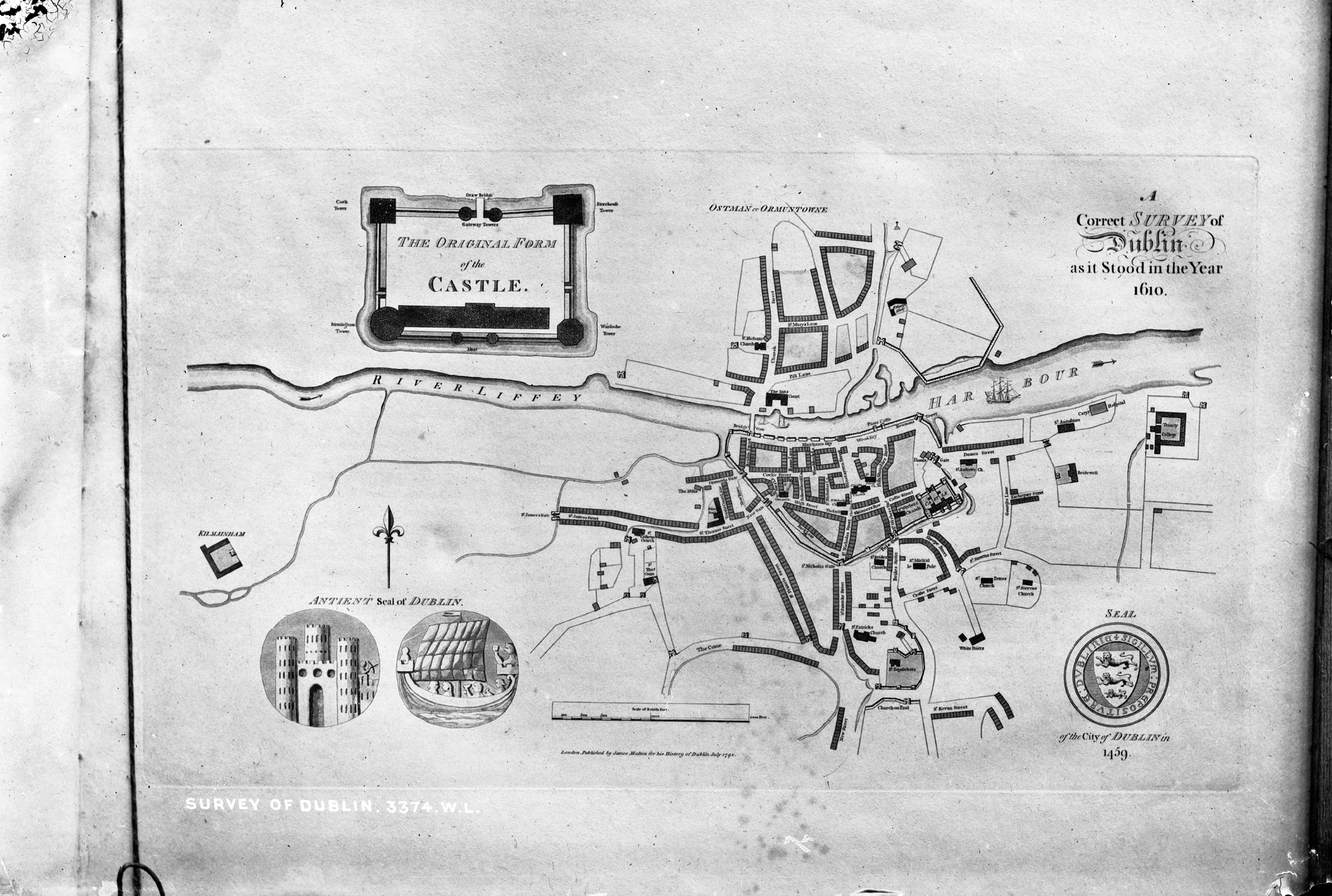 Try to find the date or year when this image was made.
Thanks for contributing!
An ancient map of a much smaller Dublin as photographed by Lawrence. The north side appears to have been the poor relation even back then.

With thanks to today's contributors, and following from a previous posting of the original image on our other Flickr stream we know that while Lawrence photographed this map in the late 19th or early 20th century, it was drawn by James Malton in the 1780s or 90s, and based on an earlier survey by John Speed in 1610.

Malton (1761–1803) is perhaps best known for his "Views of Dublin", but what Lawrence captured here was a folio Malton created that was included in the book "History of the City of Dublin: From the Earliest Accounts to the Present Time"....