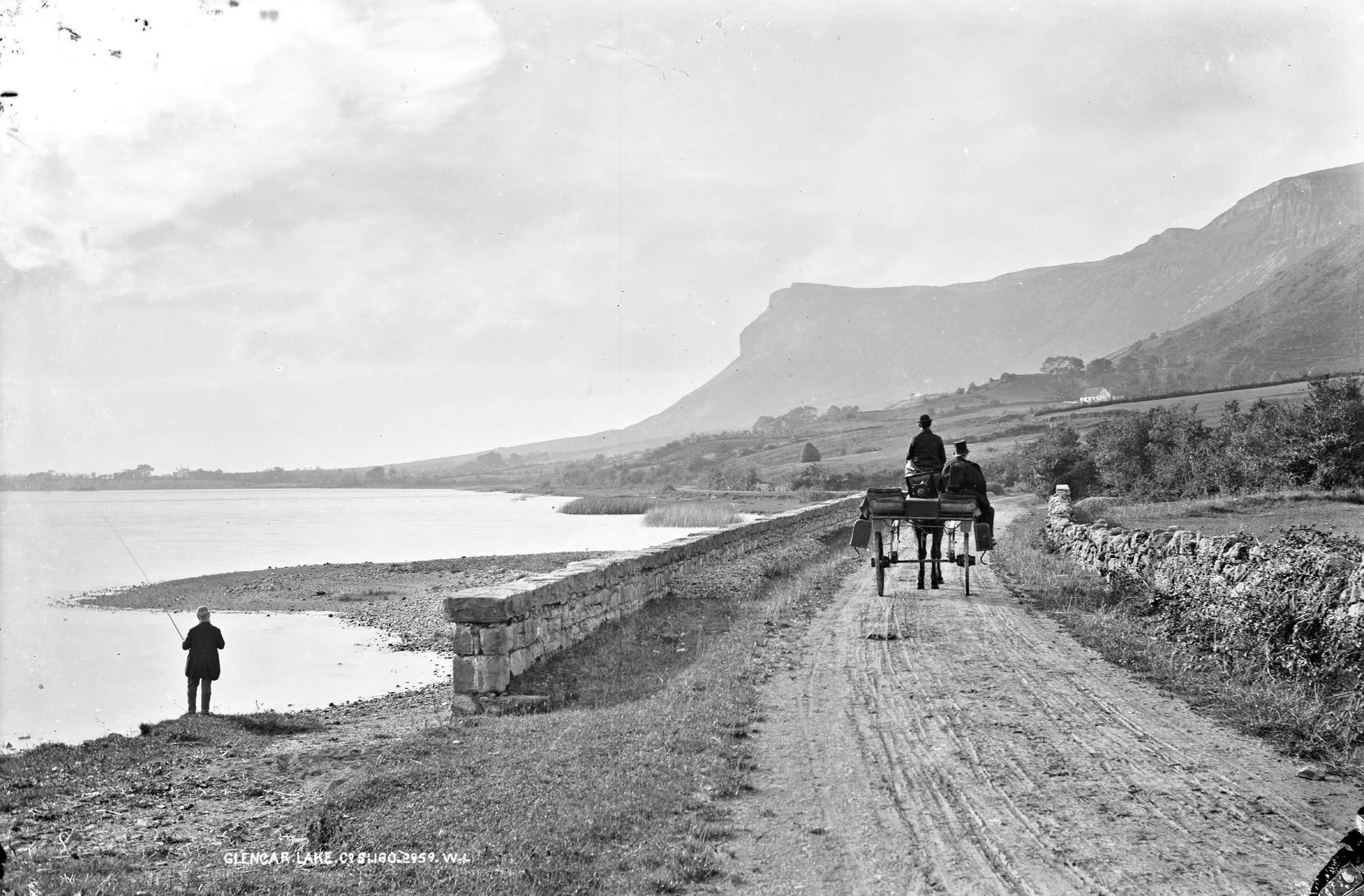 Try to find the date or year when this image was made.
Thanks for contributing!
Glencar Lake, Glencar, brings us back once again to the lovely and much maligned County Leitrim. Jokes such as "even the snipe wear wellingtons in Leitrim" give the impression of an unlovely and unloved county. However, as this and yesterday's photo show, such is far from the truth. We appear to have Mr. French's mode of transport parked conveniently as a gentleman fishes nearby!

While the label on the slide says Sligo, and the view if clearly of Leitrim, this may be because Mr French was standing in one county while photographing the other. (The suggestion being that he was all but straddling the border between the two). Apart from location, some of today's conversation involved a revisit to previous images of the nearby Glencar Tea House - with some updates to the notes/discoveries over there......