The Housekeeper was sacked last week! 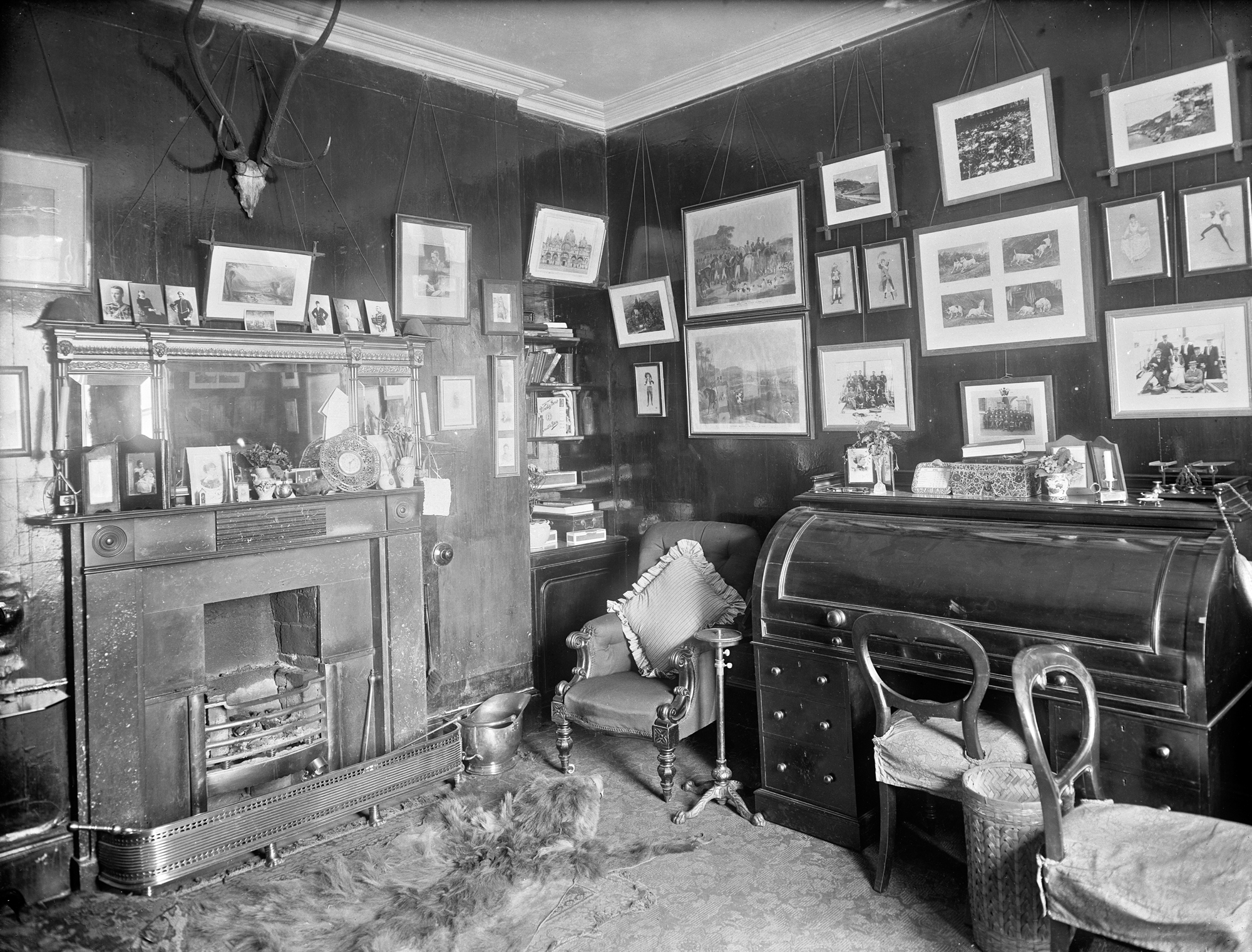 Try to find the date or year when this image was made.
Thanks for contributing!
The title on this shot is ""Upton", Newtown, smoking room :
commissioned by Captain Greathead" which almost sounds like the name of a James Bond movie character! The similarity with the drawing room in a recent Clonbrock image is striking, especially the fussy arrangement and profusion of pictures on the walls.

There seems to be some agreement that this photo was taken on Sunday 24th April 1898. Well done to all who spotted this.

It seems that the house has been demolished to improve the facilities at De La Salle College.

Niall McAuley identifies Harvey Greathed as the owner of the house at the time.