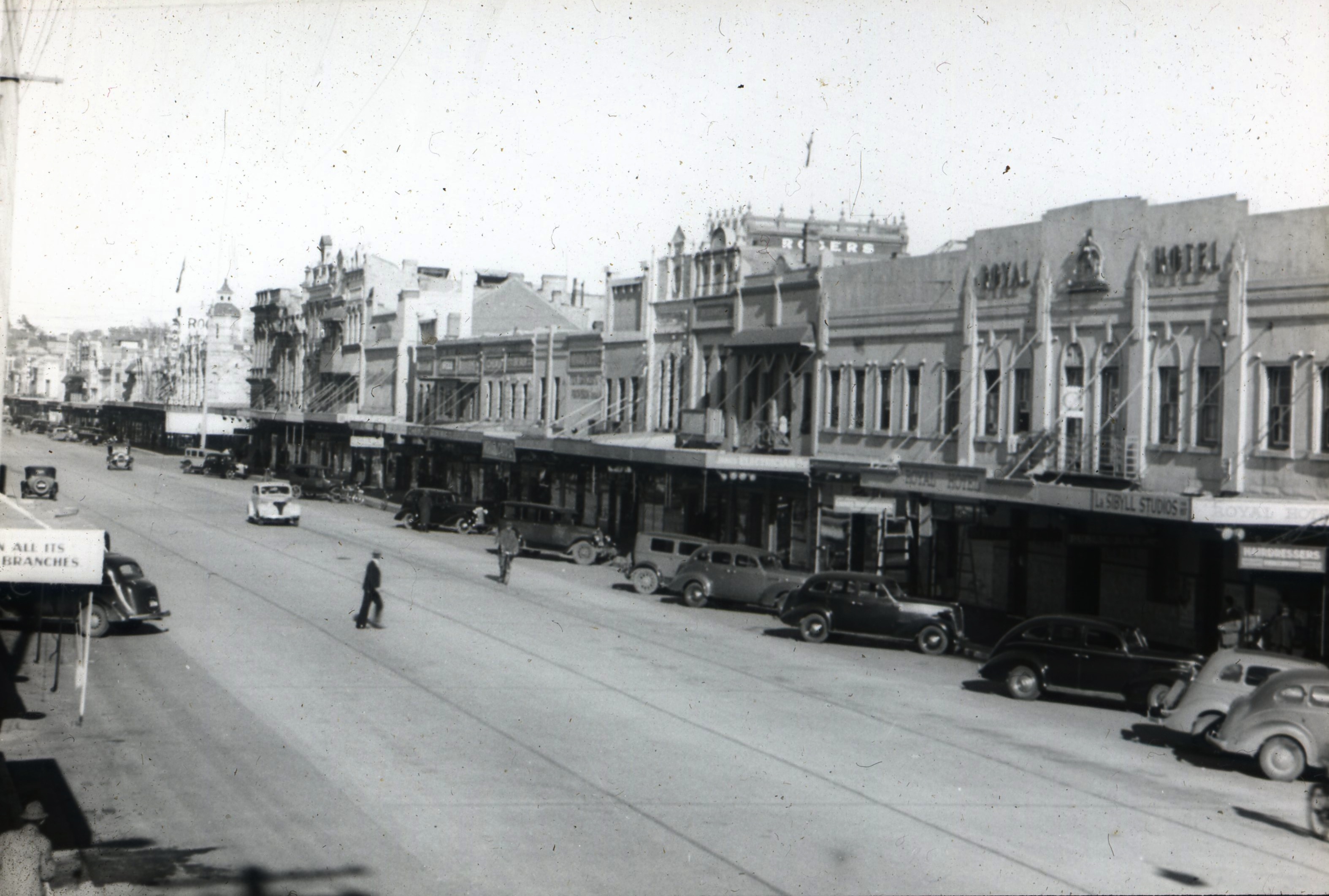 Try to find the date or year when this image was made.
Thanks for contributing!
Auburn Street, Goulburn, undated [RAHS Glass Slide Collection]

Join RAHS Councillor, historian and tour operator, Judith Dunn, on a Grand Tour to Goulburn, NSW, by coach. The journey is just as important as the destination so Judith has planned a route that maximises historical interest. A full commentary will be provided along the way.

Tour attendees will be picked up at Central Station at 9am on Wednesday 30th March and travel south via the Hume Highway, stopping for morning tea at Avon Dam in Bargo. The tour will follow on to Bong Bong, the first township established in the Southern Highlands, and to Sutton Forest to view the plaque marking the first exploration party which passed through in 1798. Old Moorawoolen (now Marulan) will be visited for lunch, which will be followed by a tour of the town. Towrang Convict Stockade and a guided tour of the Old Goulburn Brewery will be the final stops for the day before attendees check in and dine at the four-star Goulburn Heritage Motel.

Day Two will begin with a guided tour of Goulburn and Riversdale Historic Homestead, an old coaching establishment and National Trust Property. The group will visit St. Clair Villa and St. Saviour’s Cathedral, in Goulburn, and if there is time, St. Peter and Paul’s Catholic Cathedral nearby. The coach will arrive back at Central Station around 5pm on Thursday 31st March.