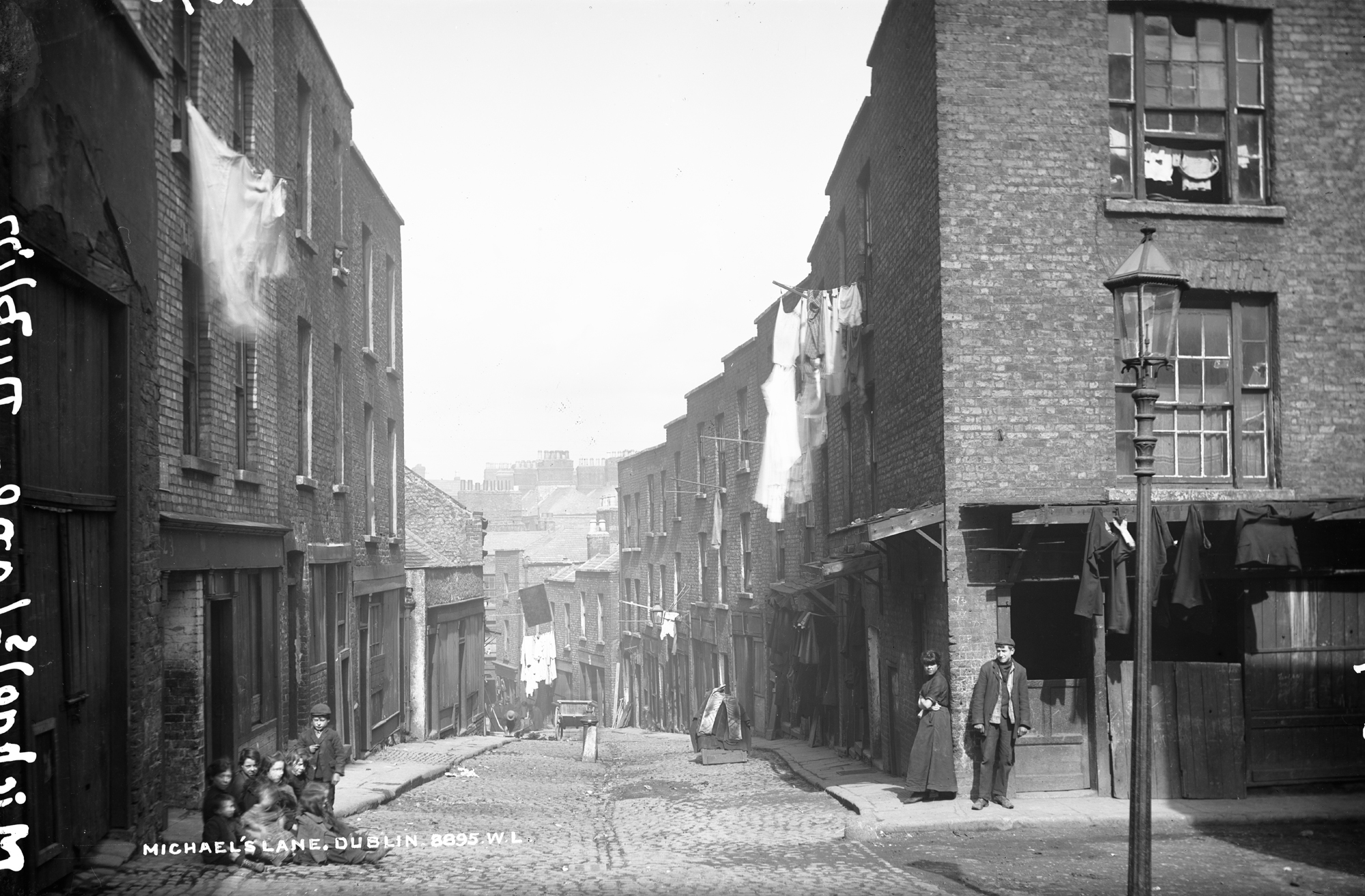 Try to find the date or year when this image was made.
Thanks for contributing!
Today we go from the grandeur of the Great Northern Hotel to inner city Dublin with plenty of life and points of interest to ponder. Is that a "Fagins" of urchins on the left foreground? What do you call a group of urchins?

Apart from what to call the gaggle/huddle of "urban youth" on the left, with thanks especially to Niall McAuley, swordscookie, sharon.corbet, pellethepoet, O Mac and others, we learned a lot about Michael's Lane close to Christ Church in Dublin. We learned that this image was likely taken close to the end of the 19th or very early 20th century. When the lane was a particularly poverty stricken area - with between 3 and 4 families to each small house on the lane. The main profession (as seemingly evidenced by what we see hanging around - other than the kids) was that of "clothes broker". A trade also plied on nearby Winetavern St/Michael's Hill.

See the full set of comments for links, images and the 1914 inquiry into the conditions on the lane - published shortly before the area was redeveloped to more closely resemble how it appears today.