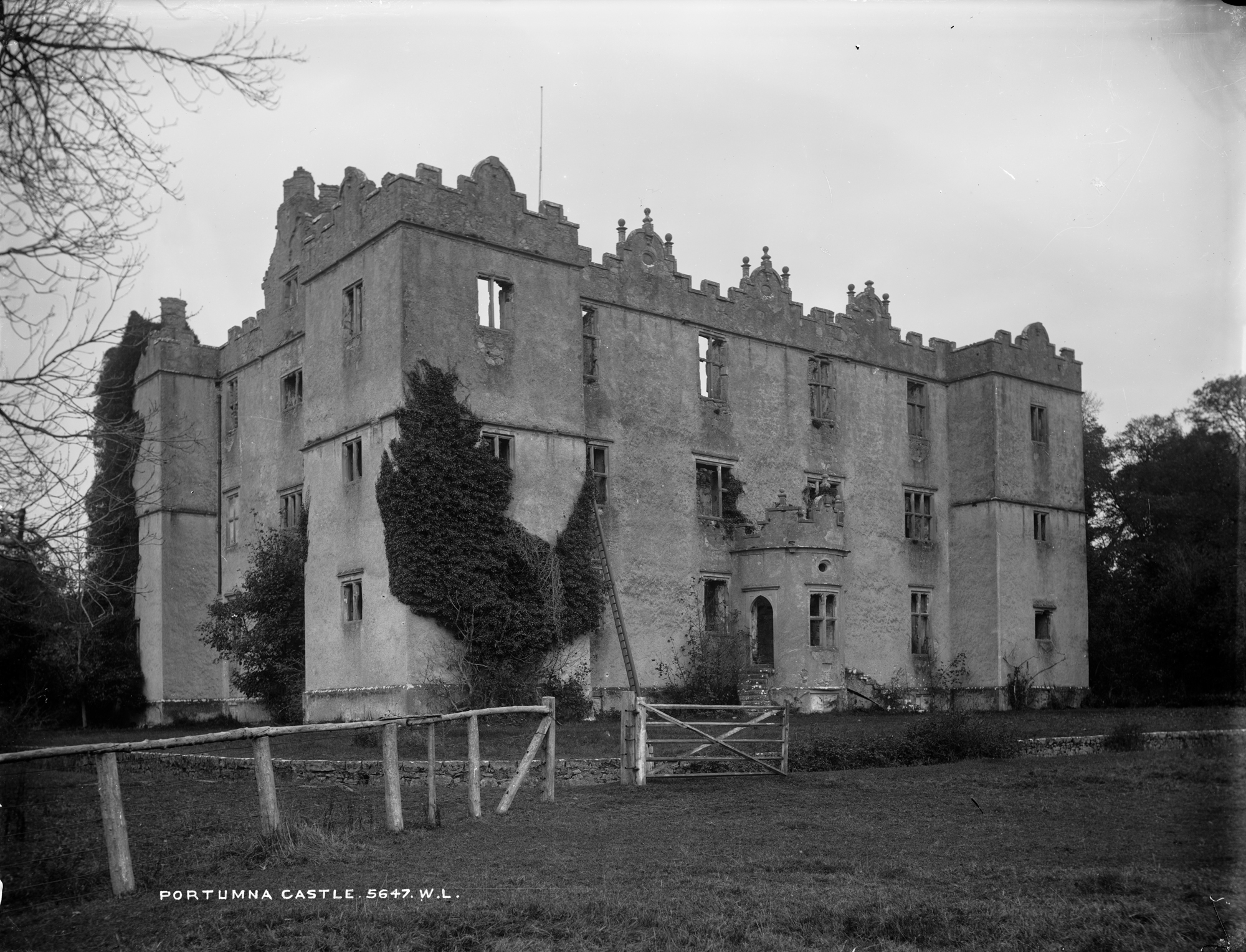 Try to find the date or year when this image was made.
Thanks for contributing!
To Portumna beside the Shannon and to a ruin before the desolation of the War of Independence and the Civil War.

This once fine old building appears as an empty shell in this Lawrence/French shot ... however today's commenters and investigators report that the building looks much better now, having been restored since this image was captured.

Amongst the interesting nuggets of location, history and excavation information provided by sharon.corbet, B-59 and Niall McAuley is confirmation that there were two great houses in the Portumna Demesne - one of which was destroyed in the 1920s, but the other was damaged by fire in the 1820s (during renovation work to an earlier 17th century fortified house). It is the latter that we see here - a building that wasn't fully restored until the 1980s. John Spooner also highlights a very unexpected connection with our recent eviction series - that a battering-ram used in some evictions had been made from a tree from Portumna lands. Thanks also to beachcomberaustralia for linking us to the interesting aerial/drone footage. Lots to digest today - Thanks all!