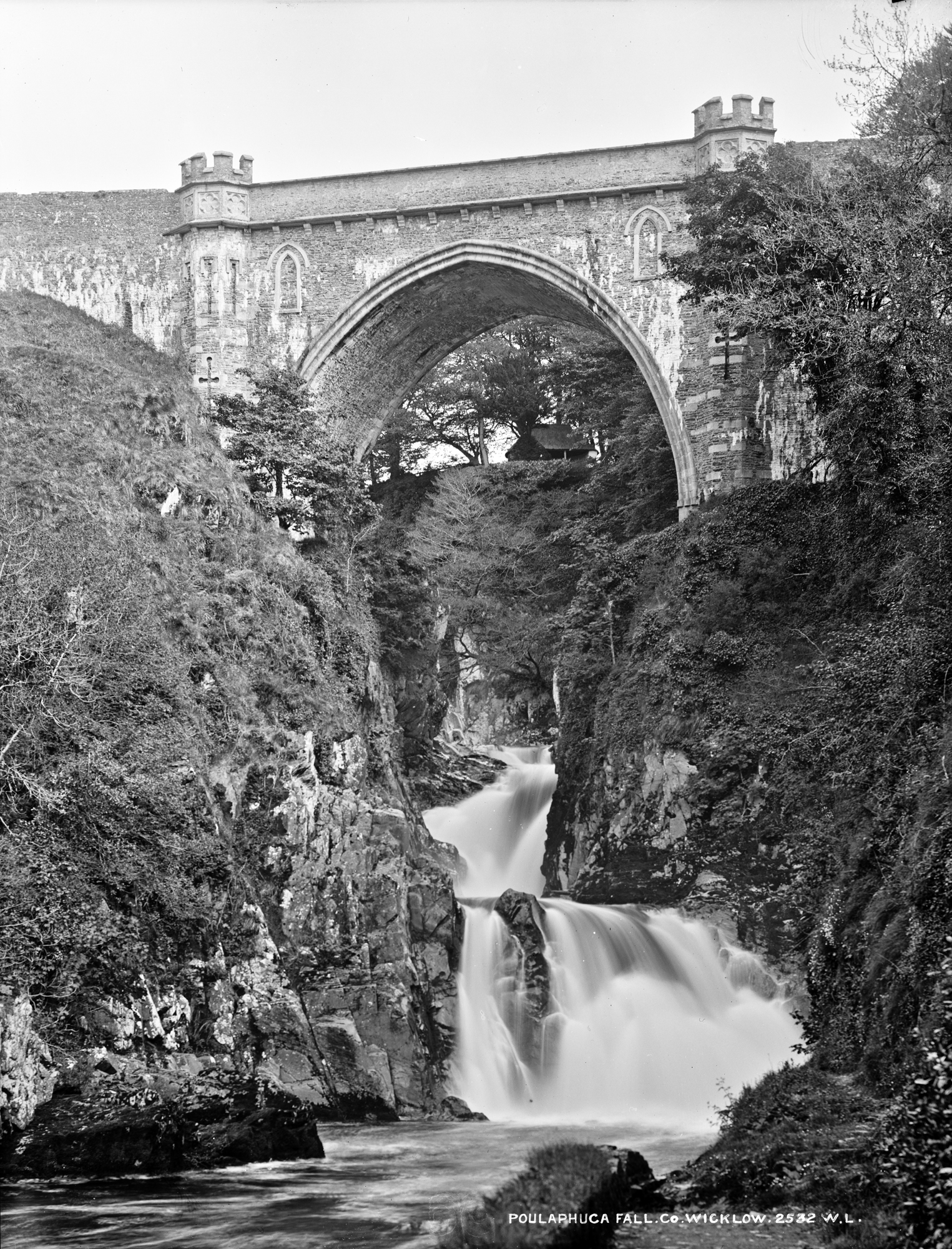 Try to find the date or year when this image was made.
Thanks for contributing!
A beautiful Royal plate of the Waterfall at Poulaphouca, Co. Wicklow. Over the years I have been in that area many times but have never seen this so perhaps it has been inundated?

While not inundated, today's contributors and the relevant Wikipedia article tell us that the Poulaphouca waterfall was largely reduced to a trickle following the nearby reservoir works. Thankfully however the impressive looking bridge remains :)