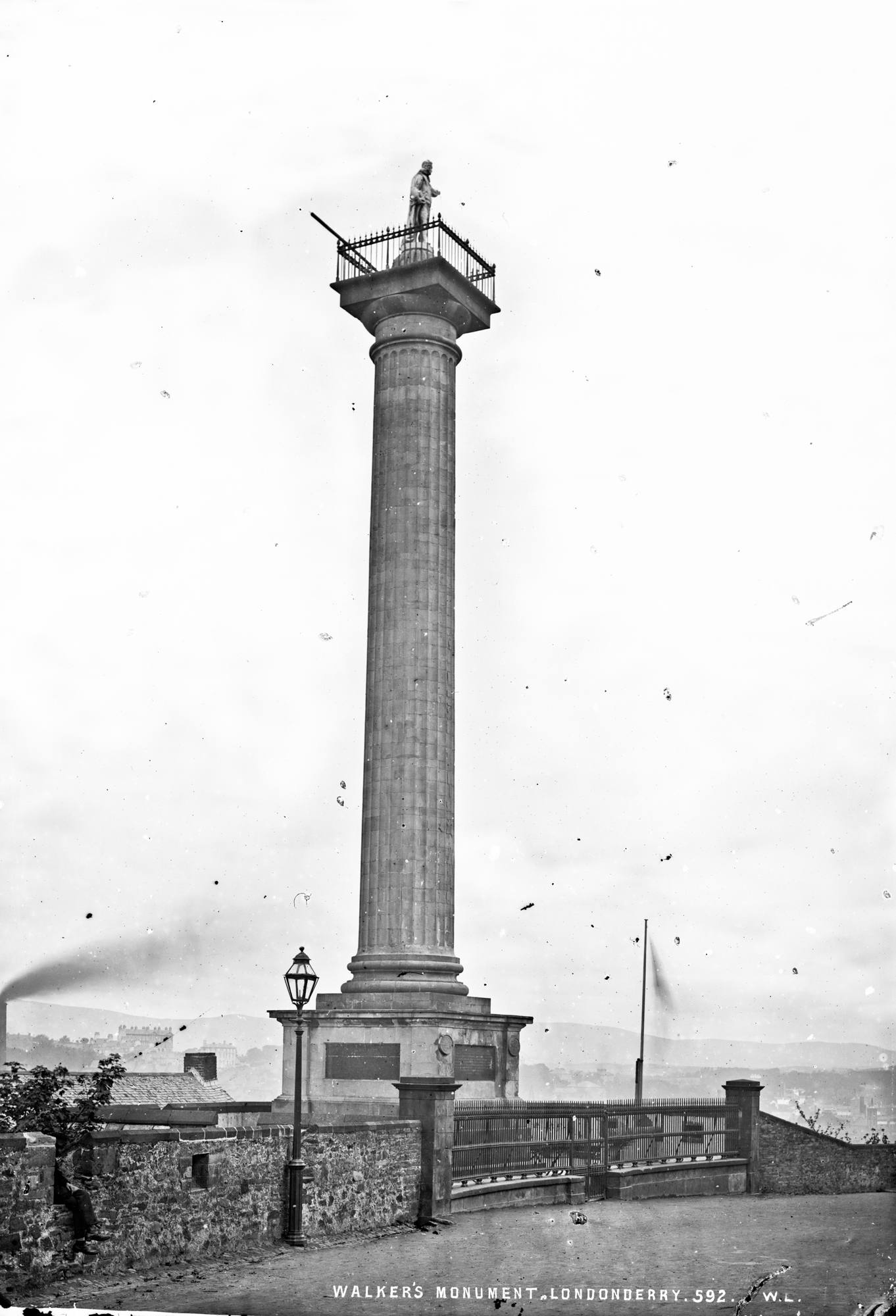 Try to find the date or year when this image was made.
Thanks for contributing!
From one city of 5 sieges to a city of "The Great Siege" at the other end of the island.

With thanks to today's contributors, we learned that this is indeed Walker's Monument/Column, now (given what remains) known as Walker's Memorial Plinth. Built in the 1820s, this was a memorial to George Walker, who was a governor during the Siege of Derry in 1689. Originally 90 feet in height and capped by statue of Walker, not unlike Nelson's Pillar in Dublin, it had an internal staircase and viewing platform. Also similar to Nelson's Pillar however, it was destroyed in an explosion - although the remains of the statue were removed and partially survive elsewhere. With thanks in particular to Niall McAuley for today's inputs, it's suggested that the image may date from the early 20th rather than late 19th century - given that we can't see the original sword in the statue's hand - seemingly blown down in the early 20th century....

Date:between ca. 1865-1914 (though possibly later in this range given statue's "missing" sword)