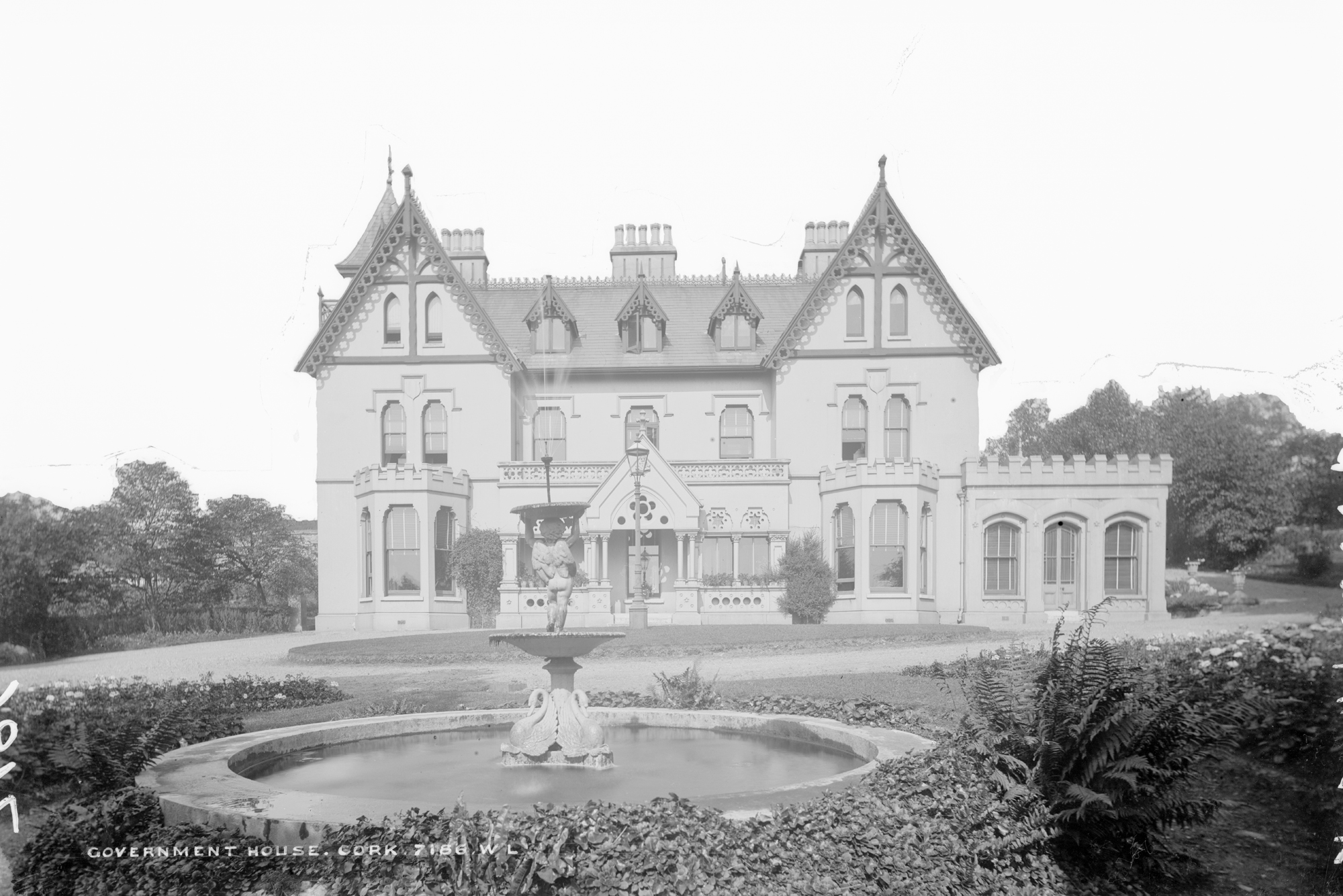 Try to find the date or year when this image was made.
Thanks for contributing!
Back to the Holy Ground today and a bit of grandeur with a building titled "Government House" no less! This beautiful building wasn't familiar to us, and we did hope that it is still extant. However, the community confirmed that Government House on Sidney Hill, Cork, while once the home to the "Governor of the Cork Military District", was destroyed by fire during events in the city in the early 1920s..