"Salthill Hotel" - but not in Co Galway, it's Co Dublin 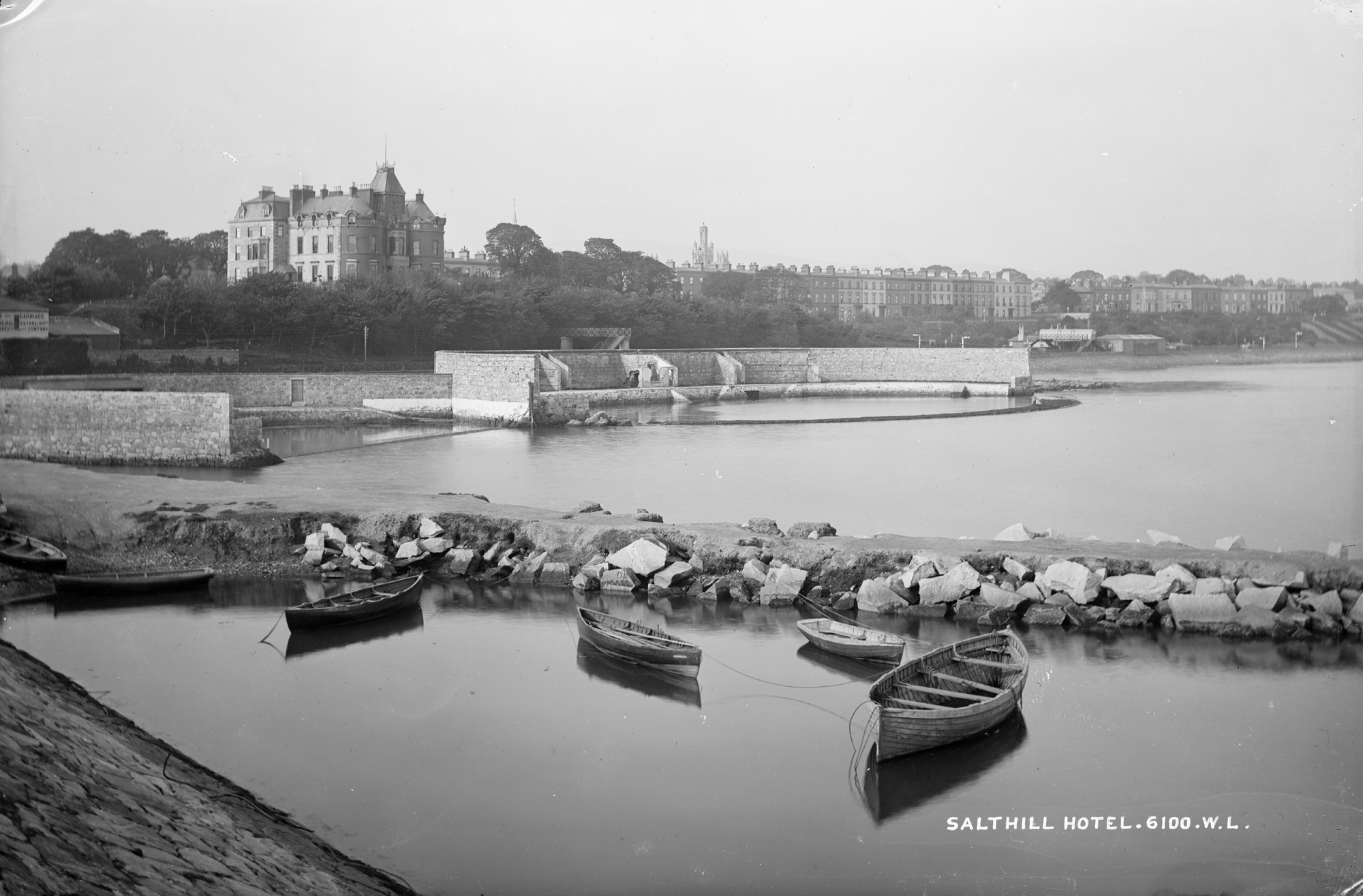 Try to find the date or year when this image was made.
Thanks for contributing!
The recent scenes from Salthill in Galway are in marked contrast to the beautiful still conditions in this lovely Lawrence image of (allegedly) the same spot. We thought it was perhaps too calm to be the west coast. And indeed today's commenters have provided evidence that, though labelled as "Salthill Hotel, Salthill, Co. Galway" in our catalogue, this is more likely to be Co. Dublin.

Though confirmed to be the "Salthill Hotel", this image was captured not in County Galway, but in Monkstown, close to Dun Laoghaire, County Dublin. With thanks in particular to AndyBrii, Niall McAuley, B-59, and RETRO STU for insights on the location, and sharon.corbet, beachcomberaustralia and O Mac on the details which helped refine the range by a further 2 decades....