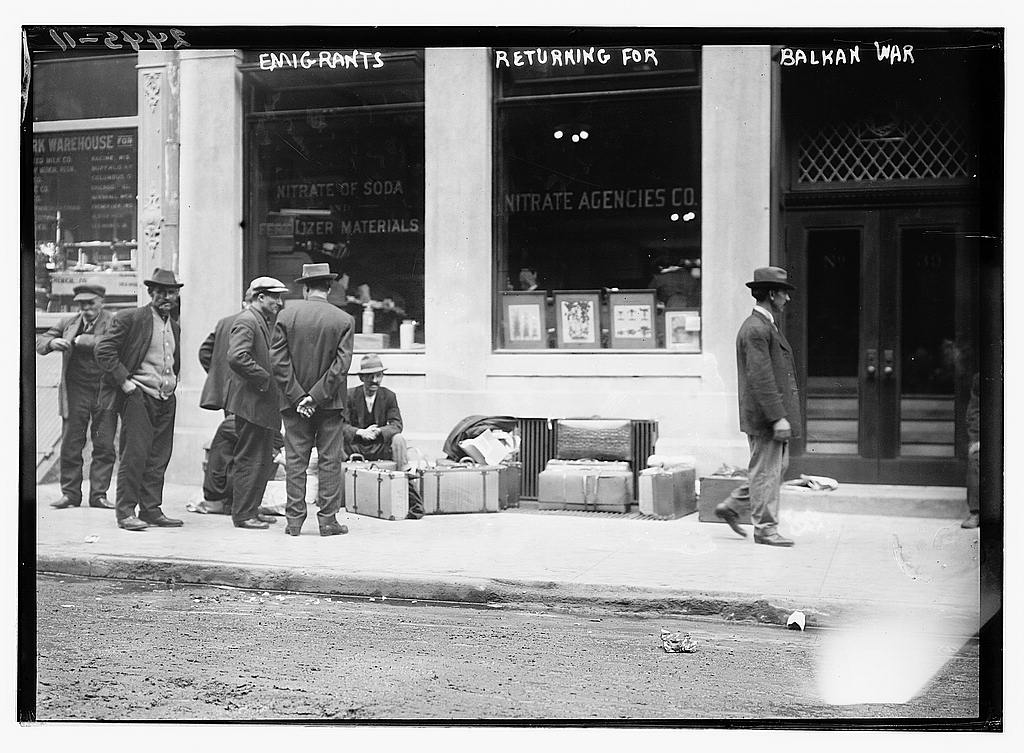 Notes:
Title from unverified data provided by the Bain News Service on the negatives or caption cards.
Photo taken when Greek immigrants left New York City to return to their country and fight in the first Balkan War, which began in October 1912. (Source: Flickr Commons project, 2008)
Forms part of: George Grantham Bain Collection (Library of Congress).