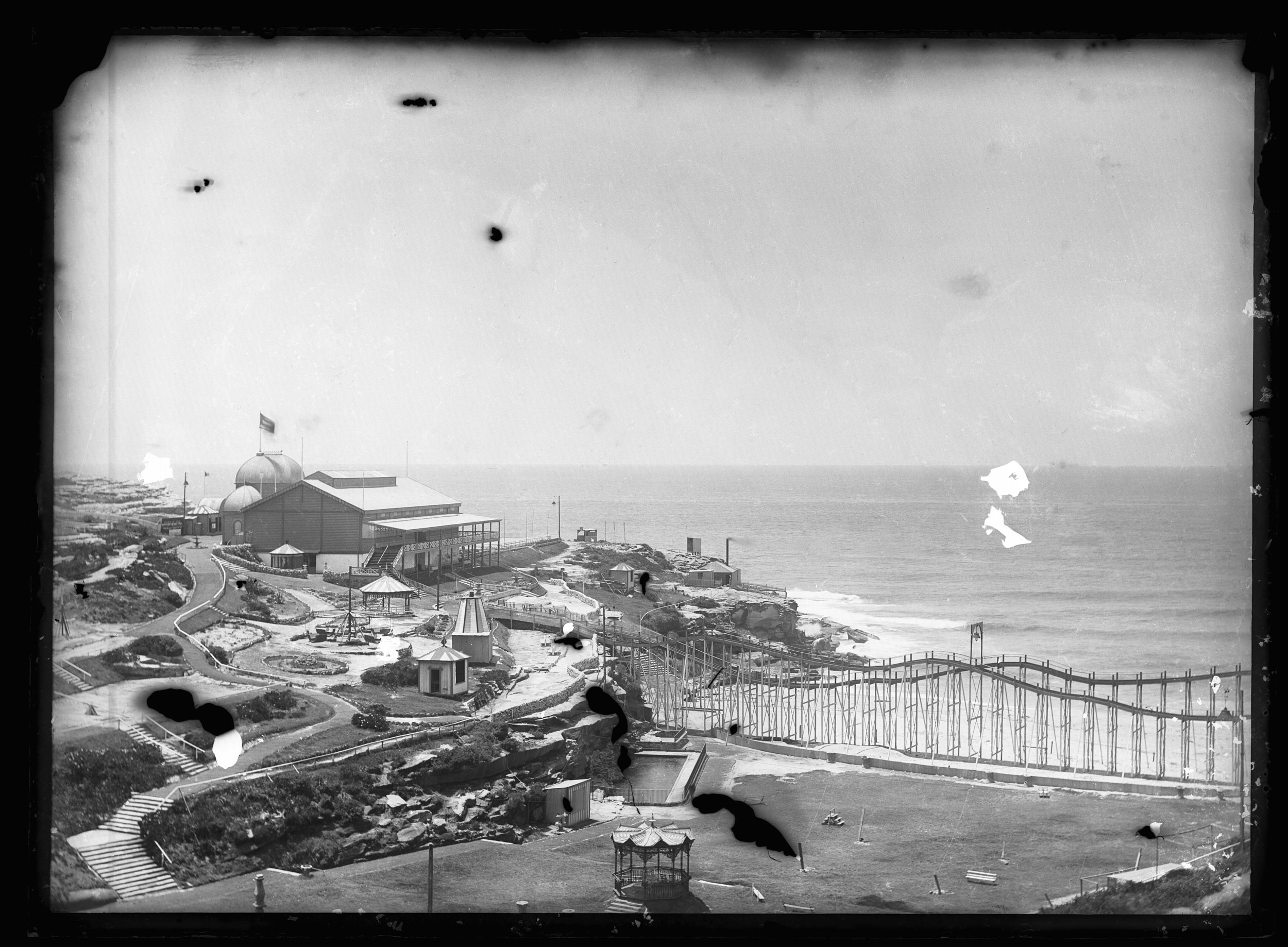 Try to find the date or year when this image was made.
Thanks for contributing!
Glass plate negative by William James Hall of the amusement park at Tamarama beach, Sydney.
The amusement park at Tamarama was opened in 1887, Sydney's first coastal amusement park, named The Bondi Aquarium its greatest attraction was a plunging roller coaster that dived and twisted over the beach. The amusement park was sold in 1906 to William Anderson who transformed the park, renaming it Wonderland City. Powered by its own steam plant, the amusement park featured an airship suspended over the bay and an elephant named Alice available for rides on the beach. After a few years of low crowds and poor revenue Wonderland City closed in 1911. In 1920, the NSW Government bought the area and proclaimed it Tamarama Park.
The Australian National Maritime Museum’s William Hall Collection provides an important pictorial record of recreational boating in Sydney Harbour, from the 1890s to the 1930s – from large racing and cruising yachts, to the many and varied skiffs jostling on the harbour, to the new phenomenon of motor boating in the early twentieth century. The collection also includes images of the many spectators and crowds who followed the sailing races.
The Australian National Maritime Museum undertakes research and accepts public comments that enhance the information we hold about images in our collection. If you can identify a person, vessel or landmark, write the details in the Comments box below.
Thank you for helping caption this important historical image.
Object no. 00002150