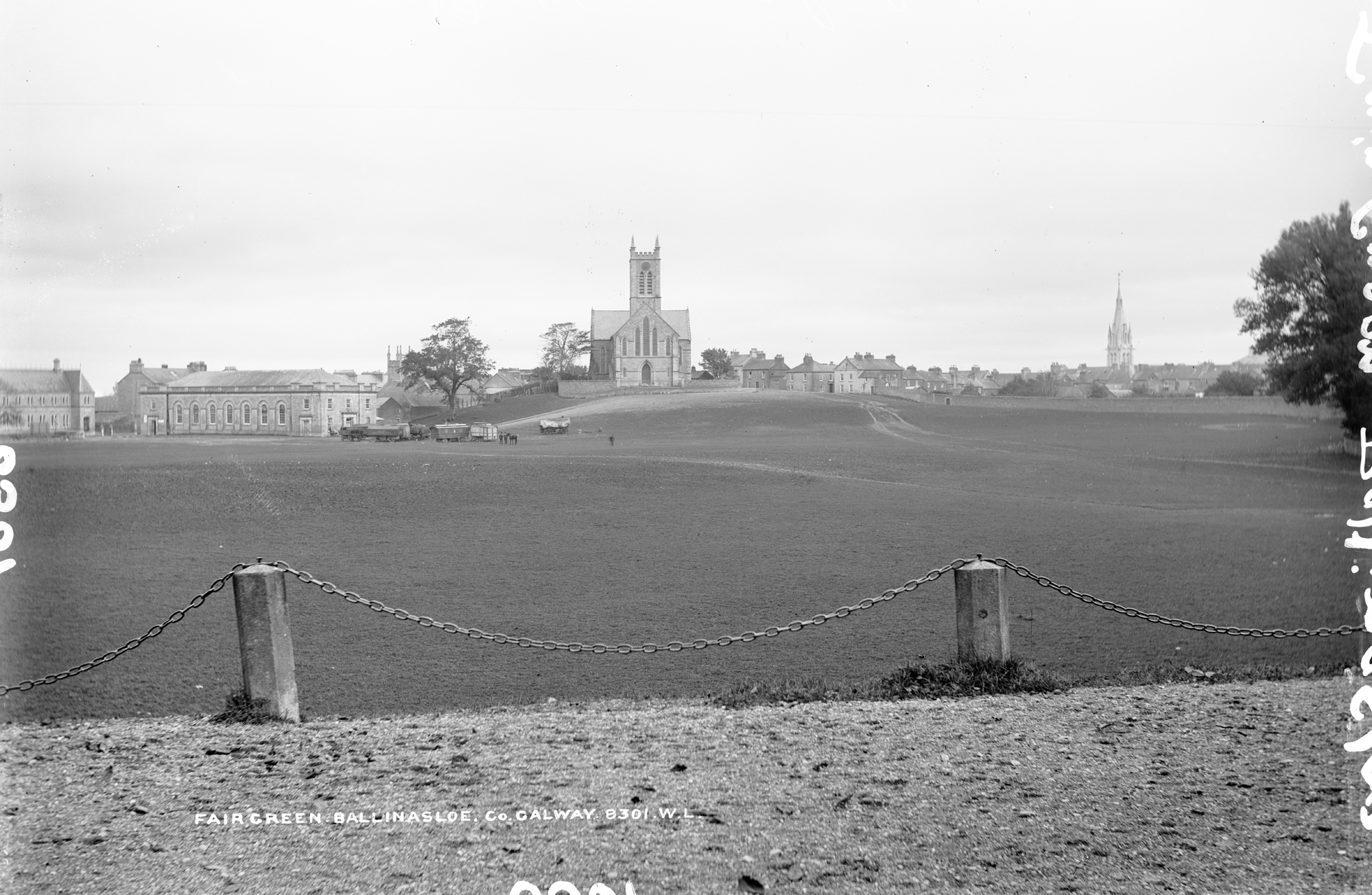 Try to find the date or year when this image was made.
Thanks for contributing!
Today we have a magnificent Fair Green in Ballinasloe which if my Irish serves me right translates as "The town of the gatherings (or crowds)".

There was certainly plenty of room for such gatherings as might assemble here - and not only do we see evidence of that in the wagons and traction engine here, but there's tents on the green in the 2005 OSI and 2011 Streetview that O Mac and Niall McAuley shared with us. We don't yet have a date for when our wagons were on the green, but the consensus seems to be that this was late 19th century or perhaps very very early 20th century.

Thanks also to Beachcomber for the 19th century contemporary descriptions of fairs on the green...