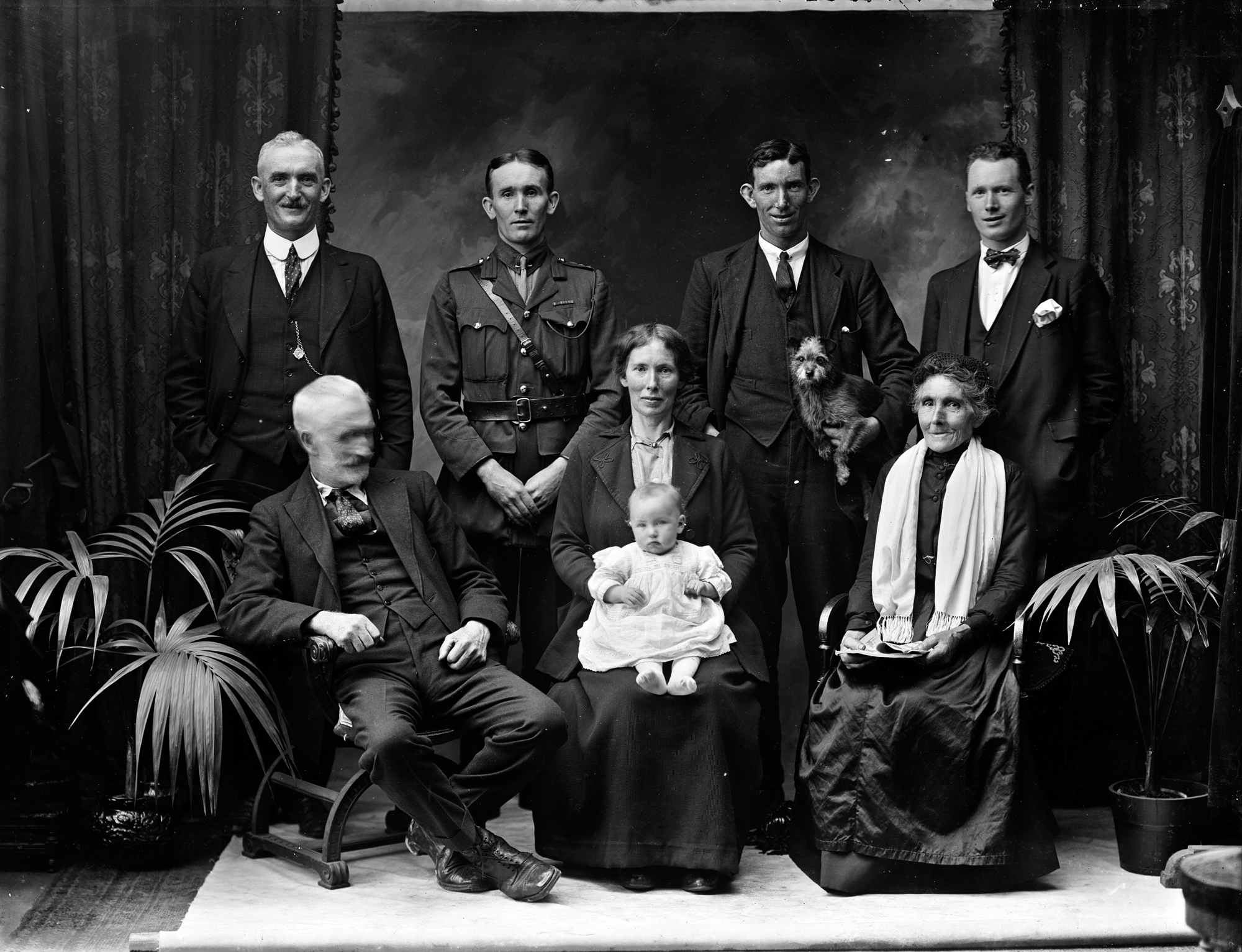 Try to find the date or year when this image was made.
Thanks for contributing!
A fine family group from the studio of Mr. Poole with a baby, a dog, a military man and fine lugs on display. Mr. Dunphy had a fine and healthy looking family and was justifiably proud of them! While the workhouse was a dreaded word in times past being the Assistant Master must have been a role of great responsibility and even respectability.

And the virtual Pullitzer for investigative efforts goes (indubitably) to Bernard Healy, who has provided a breadth of information on the principals pictured here. The primary subject, and commissioner of this Poole studio shot, was Michael (Mike) Dunphy. This is the man, perhaps surprisingly given the title afforded him in the catalogue, who we see in the uniform. After being promoted to "assistant master" at the Waterford workhouse at a very young age, he joined the British Army. Shortly afterwards he joined the Free State's new National Army, rising to the rank of Colonel and advising Michael Collins during the Civil War. Also probably pictured is Michael's father, John Dunphy, Justice of the Peace and Poor Law Guardian. And perhaps his mother and/or grandmother together with some siblings - John (who lived in London and worked for many years for John Walker Distillers), Edward EJ (who lived in the USA), Patrick (who perhaps stayed in Ballygorey) and maybe Joe (who worked in the Post Office and Guards). I can't begin to summarise the breadth of information provided by Bernard, so this is one where I'd recommend a read through the full thread :)