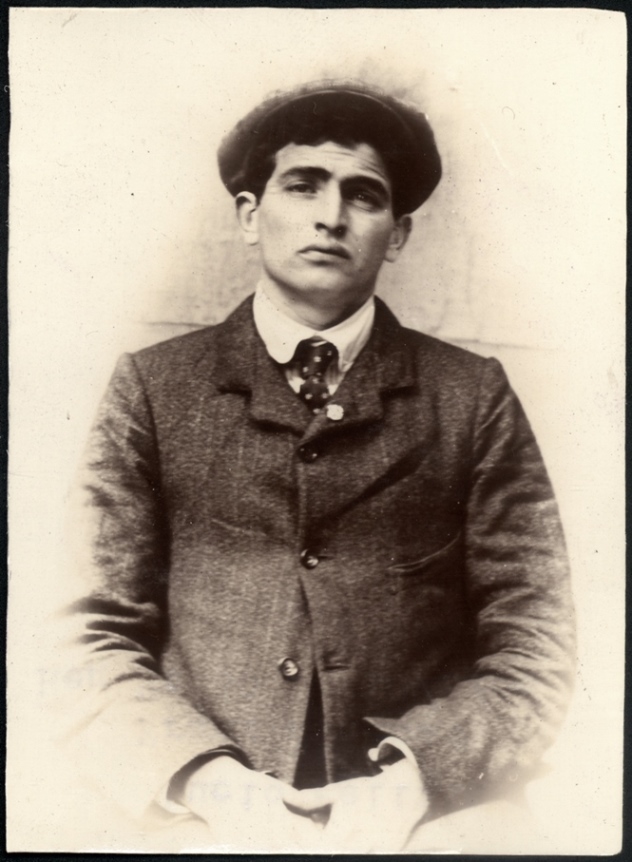 At North Shields Police Court today, Lucio Pelliza (23), described as a waiter, who was charged on Wednesday with having stolen, from a dwelling house in Sibthorpe Street, a gold necklace, a gold brooche, a silver watch, albert and medal and £4 5s. valued in all £11 10s, the property of Erimo Gianandrea, between the 6th and 7th inst., was again placed in the dock. The depositions, which were taken on Wednesday and reported at the time, were read over to the witnesses and signed by them, after which the accused, who had nothing to say, was formally committed for trial at the Assizes.”

“The Midsummer Sessions for the County of Northumberland were held at the Moot Hall, Newcastle, this morning ... Lucio Pelliza, 23, waiter, pleaded guilty to having stolen £4 5s, a silver watch and other articles, the property of Erimo Gianandrea, at Tynemouth, between May 7 and 8 last.

Prisoner promised that after he served his term of punishment he would go back to his own country and lead a better life. The Chairman said the prisoner had been three times convicted of similar offences. This time he would go to prison for 18 months with hard labour. A sovereign which had been found sewn in prisoner’s coat was ordered to be restored to the prosecutor.”

This wasn’t his first time in gaol. The Dundee Evening Telegraph of 12 September 1905 reports:

Luci Pelliza, of no fixed residence, was charged ... at Cupar today with having, on 11th September, within the shop in Burnside, occupied by John and Peter Cura, restaurant-keepers, stolen from a lockfast till two bags containing £7 12s 4½d. He pleaded guilty. The Fiscal stated that the accused was left in charge of the shop for a short time and that as soon as his master was out he forced open the till, pocketed the contents and made off, leaving the shop to look after itself. The Sheriff having remarked on the seriousness of the offence, ordered the accused to go to prison for 60 days.”