Communist University of the Toilers of China Library 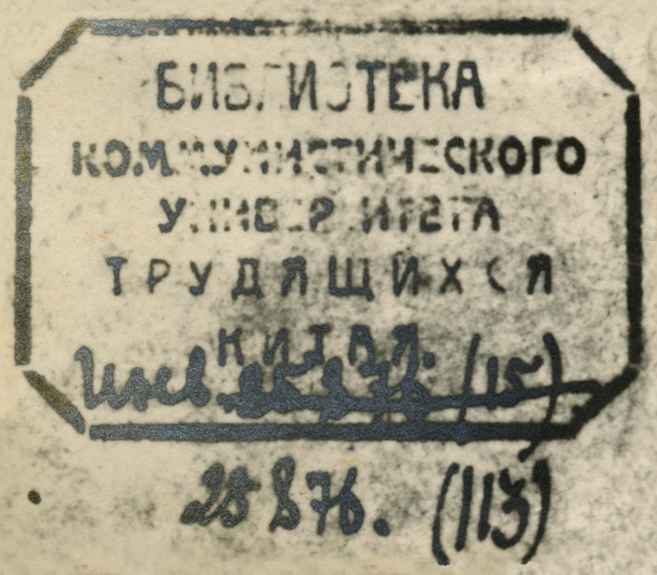 Try to find the date or year when this image was made.
Thanks for contributing!
The Communist University of the Toilers of China, known as the Sun-Yat Sen University of the Toilers of China until September 17th, 1928 was a Communist International school for Chinese revolutionaries from both the Kuomintang (KMT) and the Communist Party of China (CPC) that operated in the years 1925-1930 and was located in Moscow. It was named in honor of Sun-Yat Sen for his contributions to the Chinese Revolution of 1911 as well as his friendly stance toward the Soviet Union at the time. Students there were taught basic principles of Marxism and Leninism, as well as propaganda and mobilization techniques in theory and practice. Famous graduates included Deng Xiaoping, leader of the People’s Republic of China in the 1980s, and Chiang Ching-kuo, leader of the Republic of China (Taiwan) in the 1970s and son of Nationalist leader Chiang Kai-Shek, among many others who would be influential in politics in China.