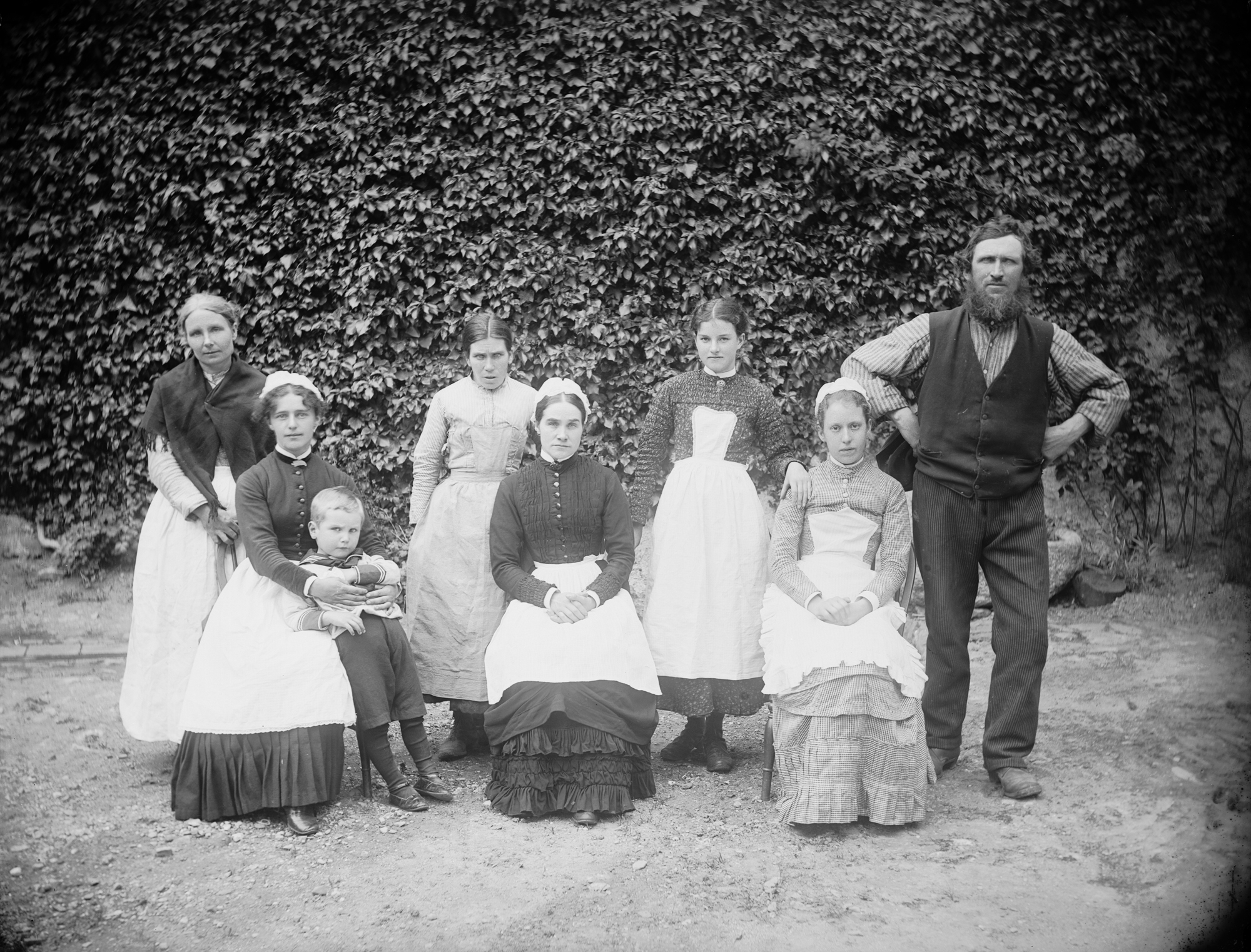 Try to find the date or year when this image was made.
Thanks for contributing!
Tuesday's child is meek and mild as a good servant should be and "Mr. Austin" (whoever he was) had a group of handsome servants to cater for his household. We wondered who he could have been, and where his household was photographed?

As usual the community has offered some very strong information on both subject and location.

Beachcomberaustralia highlighted that we have some other photos associated with a "Mr. Austin" including one of his house. And, sharon.corbet, O Mac and guliolopez reminded us that we have seen this house before - Larkfield in Ferrybank on the Kilkenny/Waterford border - and that it was then associated to Mr. Duffin an architect engineer.

While we thought perhaps there had been some confusion, and yorkshire.images offered a considered theory that we had a transcription issue in the catalogue, ofarrl was able to find an 1885 record of a "Major Austin" hosting an auction of contents at Larkfield House. So it seems possible that those pictured were indeed members of the Austin household - though perhaps a later generation of Austins....