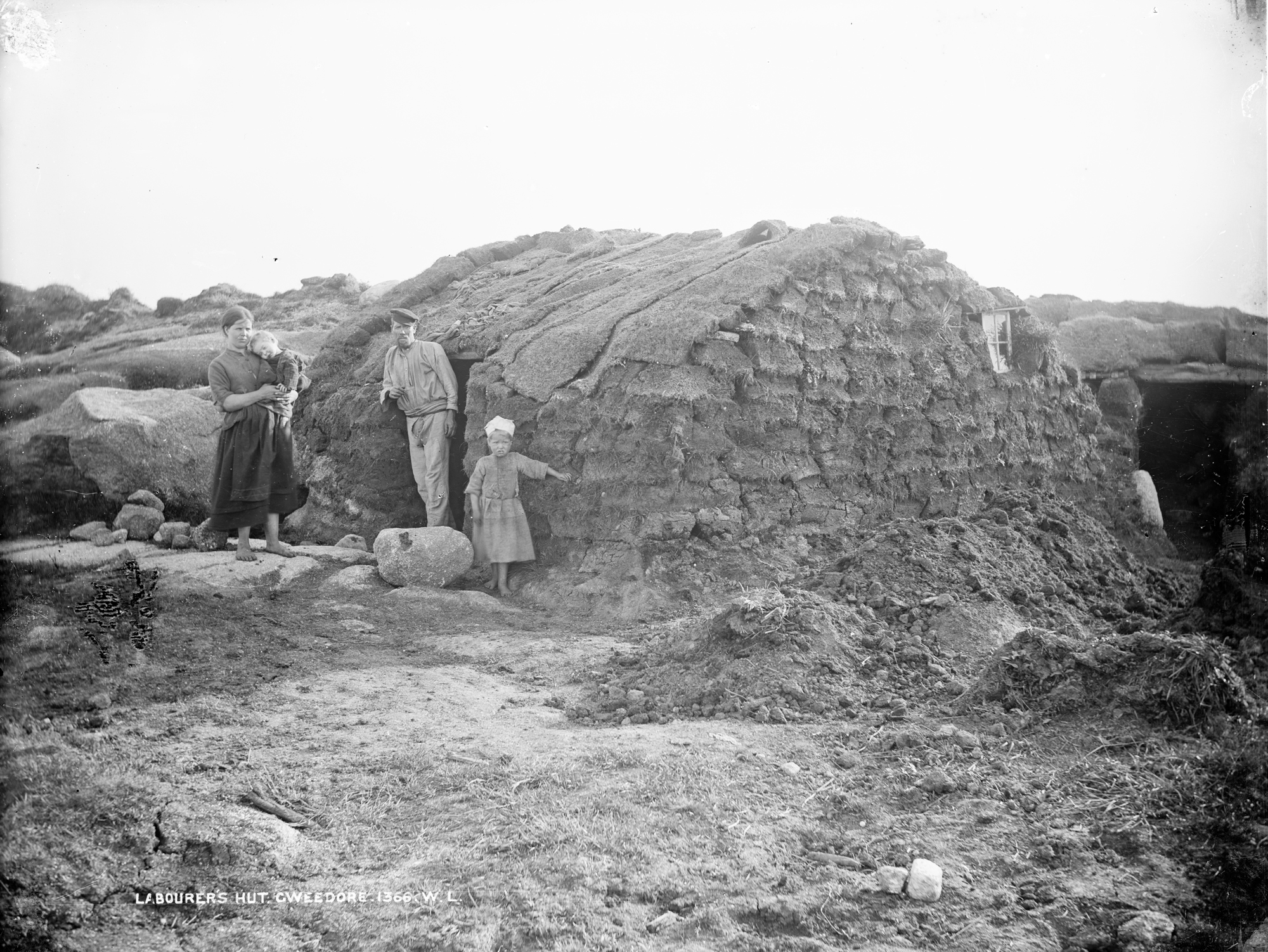 Try to find the date or year when this image was made.
Thanks for contributing!
Yesterday we visited Parsonstown AKA Birr and the grandeur of Cumberlands column. Today we go north to Donegal and the poverty of a scraw hut near Gweedore.

With thanks to the community, and especially B-59 and sharon.corbet, our attention is drawn to the fact that this family appear in a series of images - with this shot highlighting their (hopefully) temporary shelter after eviction from their previous home. Sharon also highlights a Newspaper report on the evictions (and a subsequent geneological note) that a farm laborourer named Daniel O'Donnell had made a temporary turf hut for his family following their eviction. While we have no confirmation that this image is of the O'Donnell family, guliolopez delights in ending the story on a more positive note - that by the 1901 census, Daniel O'Donnell was living with his family locally - back in a stone house with at least 2 rooms, 3 windows, and thatched roof. Not the Ritz by any stretch, but hopefully an improvement from the temporary dwelling we see here...