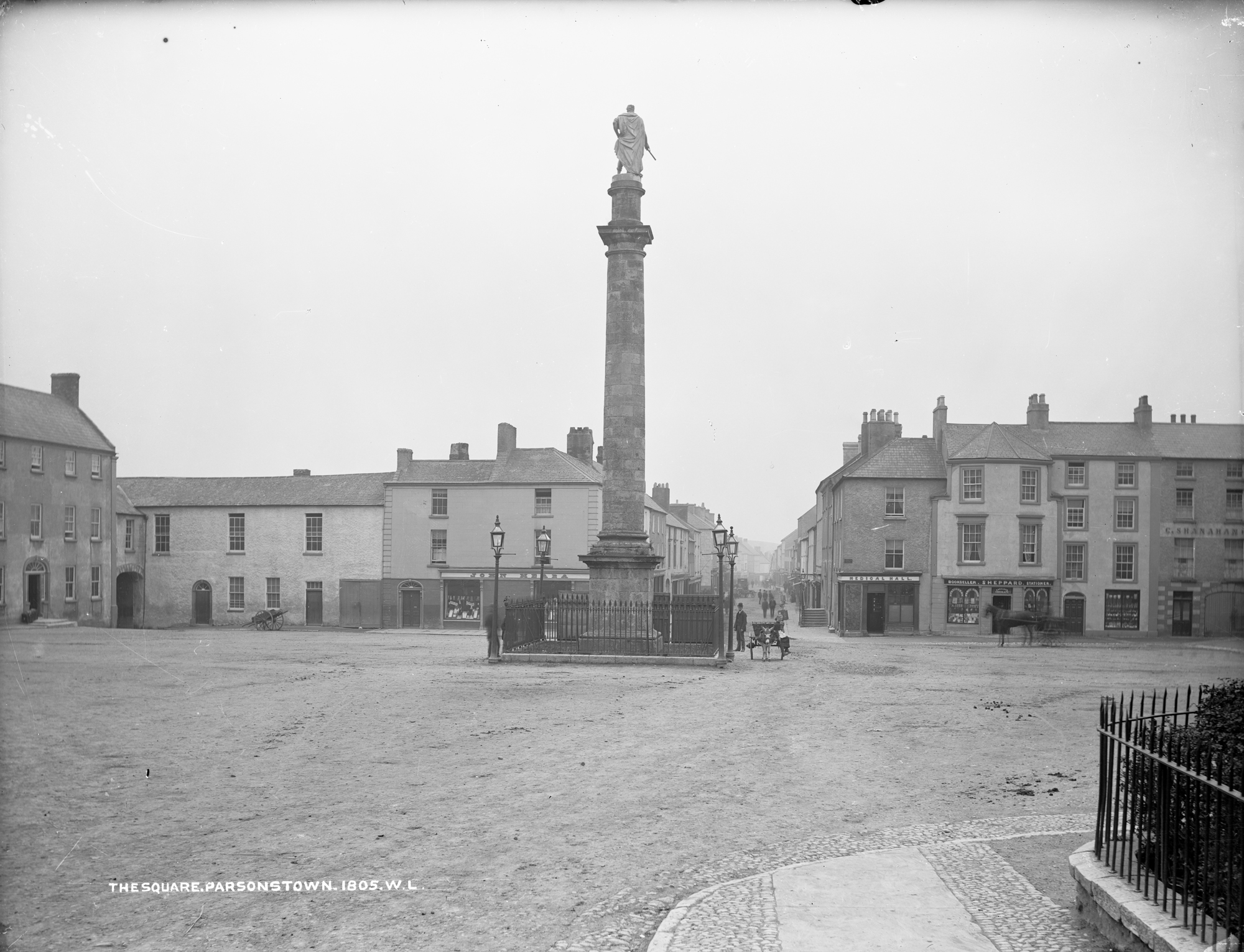 Try to find the date or year when this image was made.
Thanks for contributing!
From an obelisk to a column, from Drogheda to Parsonstown, from the Orange Order to the Liberator "Butcher" Cumberland.

Originally we thought perhaps that the statue adorning this column in Birr (previously called Parsonstown) was that of the Liberator, Daniel O'Connell. However, the community has confirmed that it was a statue (now gone) of "Butcher" Cumberland, Prince William Augustus. From Pigot's 1824 Directory:
In the middle of the town is a stone column of the Doric order, with a shaft about 25 feet high, and surmounted with a pedestrian statue of the Duke of Cumberland in a Roman habit, cast in lead, and painted of a stone colour; it was erected in 1747

There's a fairly comprehensive report on the history, development and preservation of the column on the Offaly Council site.

Thanks to everyone for today's contributions - especially O Mac, B-59 and Wendy: for quickly providing confirmation of location, subject and some local context...