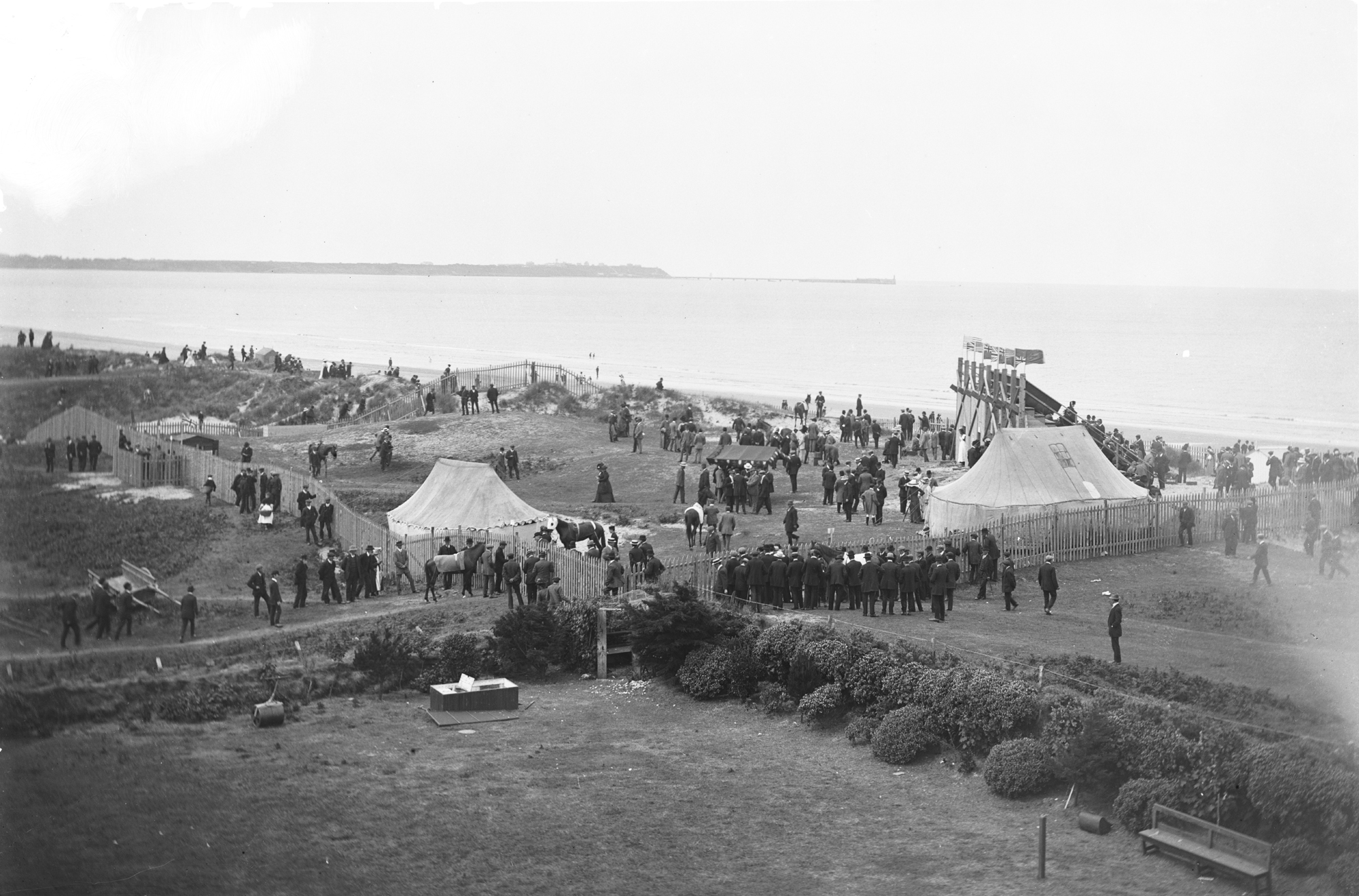 Try to find the date or year when this image was made.
Thanks for contributing!
Today we leave the rugged rocks and rascals of Dunloe for the more serene and sophisticated Strand in Rosslare. This fine Lawrence shot of the facilities for the races in Rosslare has been taken from a very high point, and we wondered how he did it.

As usual, the community came through, and there's a firm suggestion that this image (perhaps mirrored L-R from the original), was taken from atop Kelly's hotel at Rosslare. And perhaps dates a little later than the catalogue's 1880-1900 range....