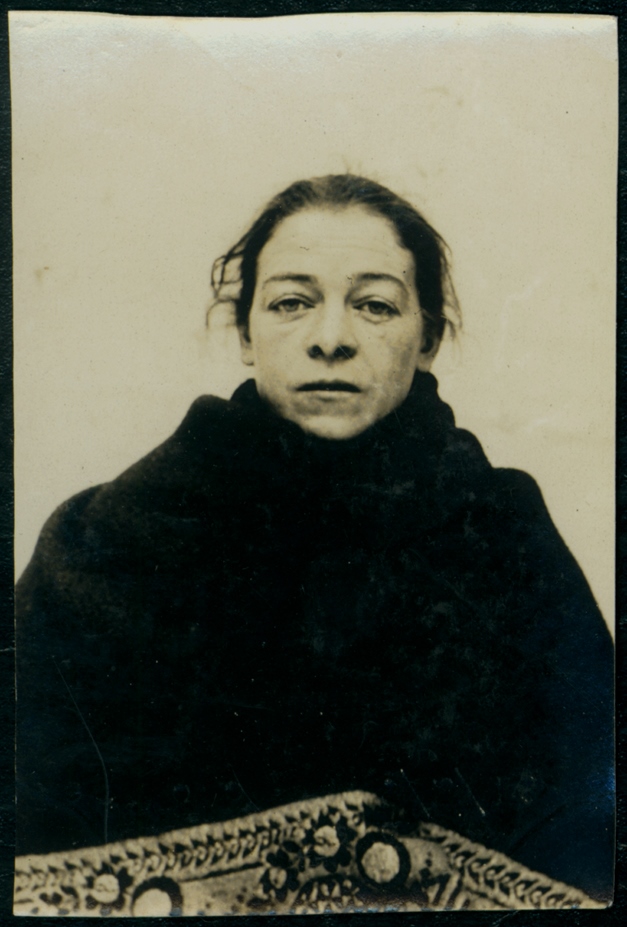 Try to find the date or year when this image was made.
Thanks for contributing!
Name: Sarah Dowd
Arrested for: not given
Arrested at: North Shields
Arrested on: 9 February 1916
Tyne and Wear Archives ref: DX1388-1-266-Sarah Dowd

Today at North Shields … Sarah Dowd (32), 8½ Norfolk Street, and Christina Haggerty (36), Brannen’s Lodging House, South Shields, were charged with stealing on the 8th inst. a purse containing £5 in Treasury notes and 4s 6d in money, from a foreign seaman. Sergt. Spindler said that at 9.30pm he was on duty in the Borough Road, and the prosecutor had hold of the two women, whom he accused of robbing him of his purse, with £5 in Treasury notes, 4s 6d in money and some coins. While the prosecutor held the women, witness looked round on the ground with the help of his flash-lamp, and found the purse open, 4s 6d in silver and some coins but not the Treasury notes. Accused were remanded for eight days.”

“ALLEGED THEFT FROM THE PERSON.

Sarah Dowd (32) of 8½ Norfolk Street, and Christina Haggerty of Brannen’s Lodging House, South Shields, were brought up on remand at North Shields roday, charged with having stolen from the person of Dionesios Macres, a purse, valued a 6d, containing five £1 Treasury notes, 4s 6d in silver and nine coins, while in Borough Road, about 9.25pm on the 8th inst. The Chief Constable (Mr J.H. Huish) said the prosecutor had gone to sea and the charge was withdrawn.”