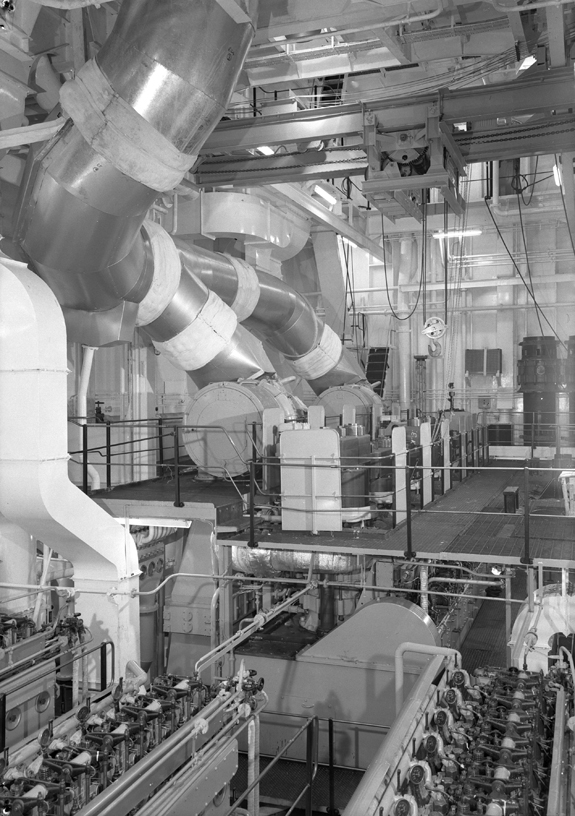 Try to find the date or year when this image was made.
Thanks for contributing!
View inside the engine room of the bulk carrier ‘Fernspring’, May 1967 (TWAM ref. DT.TUR/6/50669B). She was launched at the North Sands shipyard, Sunderland on 30 December 1966 and was fitted with a Doxford Engine.