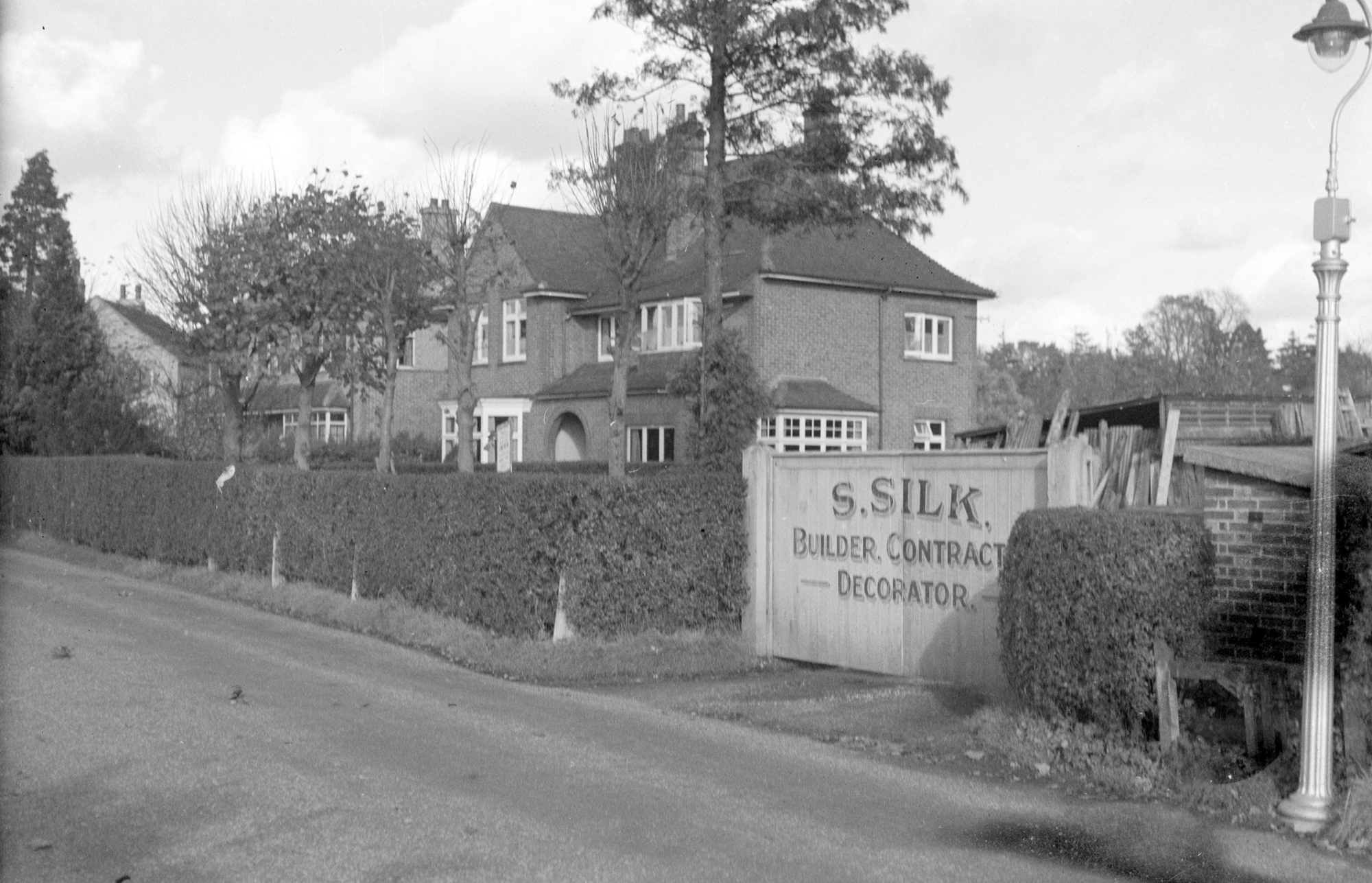 Try to find the date or year when this image was made.
Thanks for contributing!
From the Strand in Rosslare to suburban Dublin Woking and a silky builder.

The scene looks familiar but we wondered where it was. And, for the first time in a long time, it took a while to establish a definitive location and subject. There were plenty of concrete theories (from Galway joiners or stone-masons who may have moved to Ireland's east coast - to suggestions that perhaps this isn't a scene from Ireland at all). Ultimately the latter proved to be the case, when - following on lots of related effort from other community members - sharon.corbet found the definitive confirmation that this is not County Dublin at all. But Church Hill, Horsell, Woking in England...