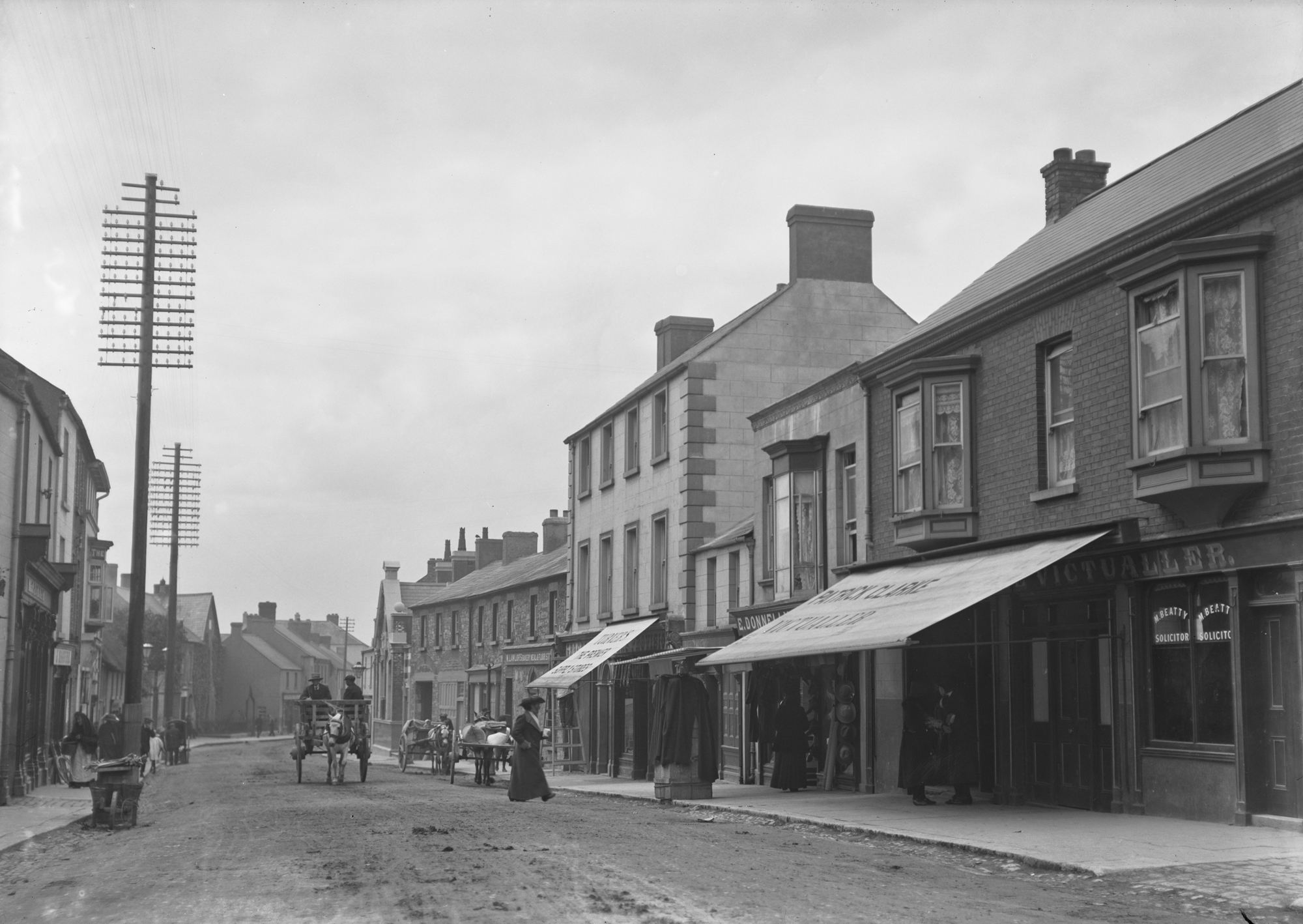 Try to find the date or year when this image was made.
Thanks for contributing!
Happy Toffee Tuesday to all. Today we've an image labelled as "Street, Dublin" from the turn of the 20th century. In one of those shops they will have sold my favourite hard rock toffee to stick the teeth together. We wondered whether locating this street would similarly cause our Flickroonies to get stuck... But "no" was to be the short (and quick) answer. Far from being in Dublin city or county, O Mac identified that this is Trimgate Street, Navan in Meath. sharon.corbet, Niall McAuley followed-up with confirmation by finding the various shop-keepers in the census - and in doing so also suggests that we're close to the middle of the catalogue range (perhaps c.1912-c.1920).....

As an aside, those following TG4's "Tríd an Lionsa" series about 19th century photography in Ireland (whether on Sunday/Tuesday nights or the catch-up player) might be interested to know that coming episodes will feature NLI images that we've discussed on this stream before...