The cargo ship 'Armanistan' at night 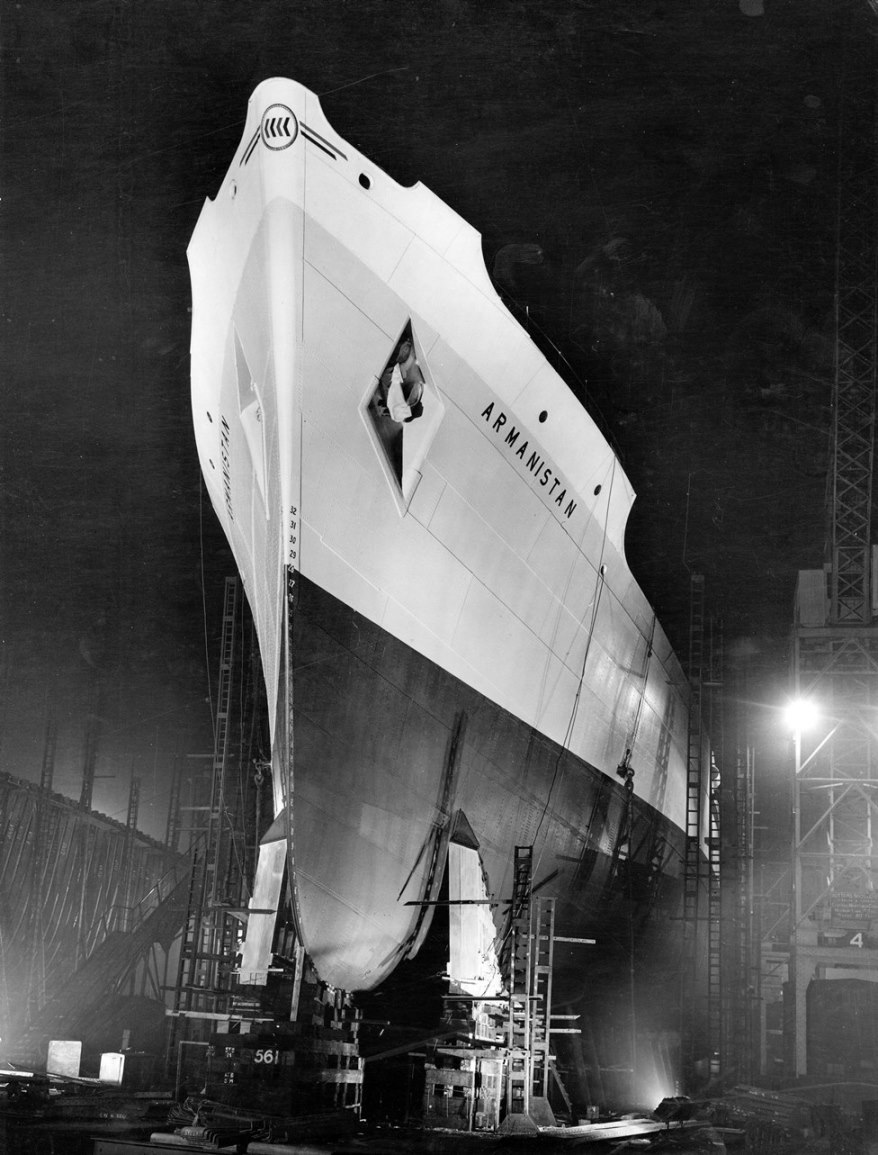 Try to find the date or year when this image was made.
Thanks for contributing!
Night-time view of the cargo ship ‘Armanistan’ on the berth at the shipyard of John Readhead & Sons Ltd, South Shields, November 1948 (TWAM ref. 1061/1079). She was launched on 30 November 1948.