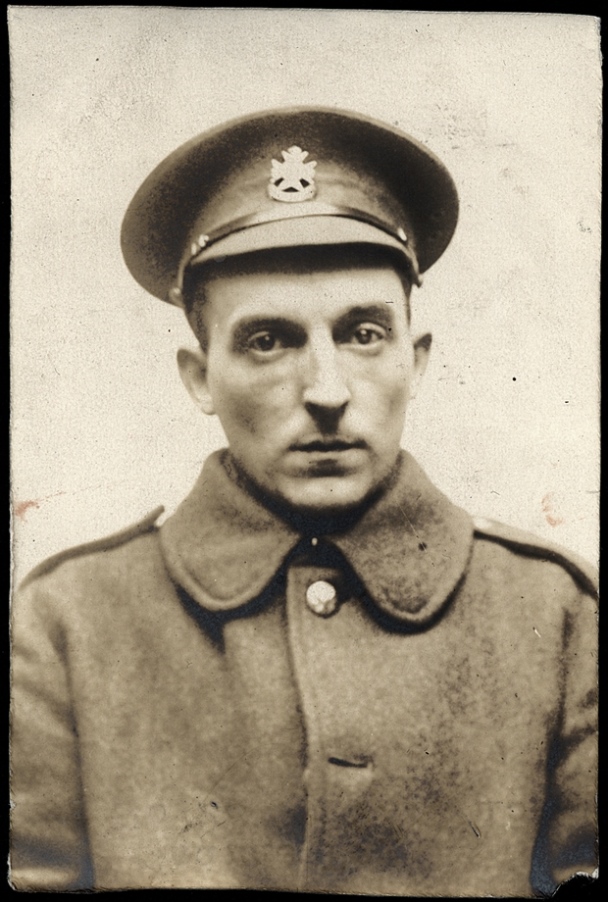 Try to find the date or year when this image was made.
Thanks for contributing!
Name: George Fay
Arrested for: not given
Arrested at: North Shields Police Station
Arrested on: 9 December 1915
Tyne and Wear Archives ref: DX1388-1-262-George Fay

“CHARGES AGAINST A SOLDIER AT TYNEMOUTH.

George Fay (29), a soldier, was charged at North Shields today with being an absentee from the 4th Battalion Sherwood Foresters, while stationed at the Bath Hotel, Tynemouth, on the 23rd ult. He was further charged with having stolen on the same day from a dwelling house situated at 4 Northumberland Terrace, six Treasury notes, valued at £5 10s, the property of Capt. Kenneth Woolhouse. The first charge was not proceeded with. Captain Woolhouse, of the same regiment, said that the defendant was his servant. On the 22nd ult. he changed his uniform and the notes were left in his pocket book, which was in his tunic. The defendant was reported absent the next day and witness looked in his book and found the notes had been stolen.

PC Magee said that the defendant came to the police station and asked to be detained as he was an absentee. He also stated that he had stolen some money. When charged he replied “It’s quite right”. Defendant pleaded guilty and said his health made him do it and he did not get his pay regular. The defendant, who had been bound over at Whitley for larceny of a cheque, was sent to prison for six weeks with hard labour”.