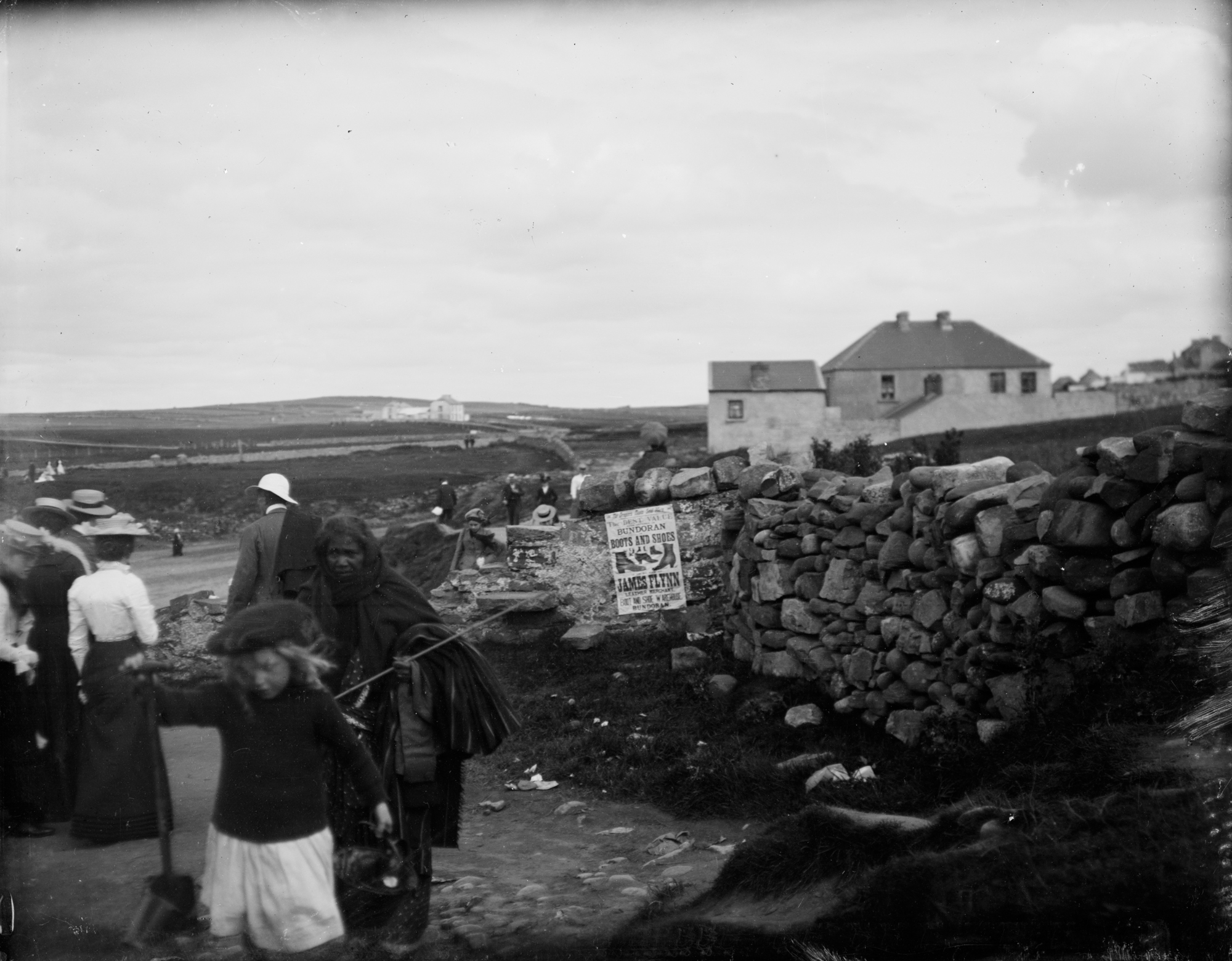 Try to find the date or year when this image was made.
Thanks for contributing!
We've travelled further afield for our next image of "Clarke Week". Based on the poster in the shot it seems clear that we're close to Bundoran, County Donegal. The bucket and spade and sun-hats might suggest a link with previous beach scenes of Clarke's. But given how different it seems from a modern seaside outing, do we think that's what's pictured?

First up today bhatto asked, what the South Asian lady pictured would be doing in Bundoran at the turn of the last century? An interesting question indeed. DannyM8 tells us that over 3,600 people in the 1901 census claim to have been born in India and he suggests that some of them must be Indian Nationals?

Niall McAuley goes further and identifies a Hindu Woman named Ayah Kumaria. She is 40 years old, a Children's Nurse, she can read and write english and is married. Is it possible that this is the lady in the photo? eyelightfilms Tells us "Ayah isn't a name, but rather a job description. Indian word for a nanny or child minder. Here's my father, somewhere in India, in a pram with his "Ayah" back in 1927".

AndyBrii Identifies the poster as belonging to James Flynn, Leather Merchant, Bundoran, He also tells us that Mr Flynn died on 5 August 1909.