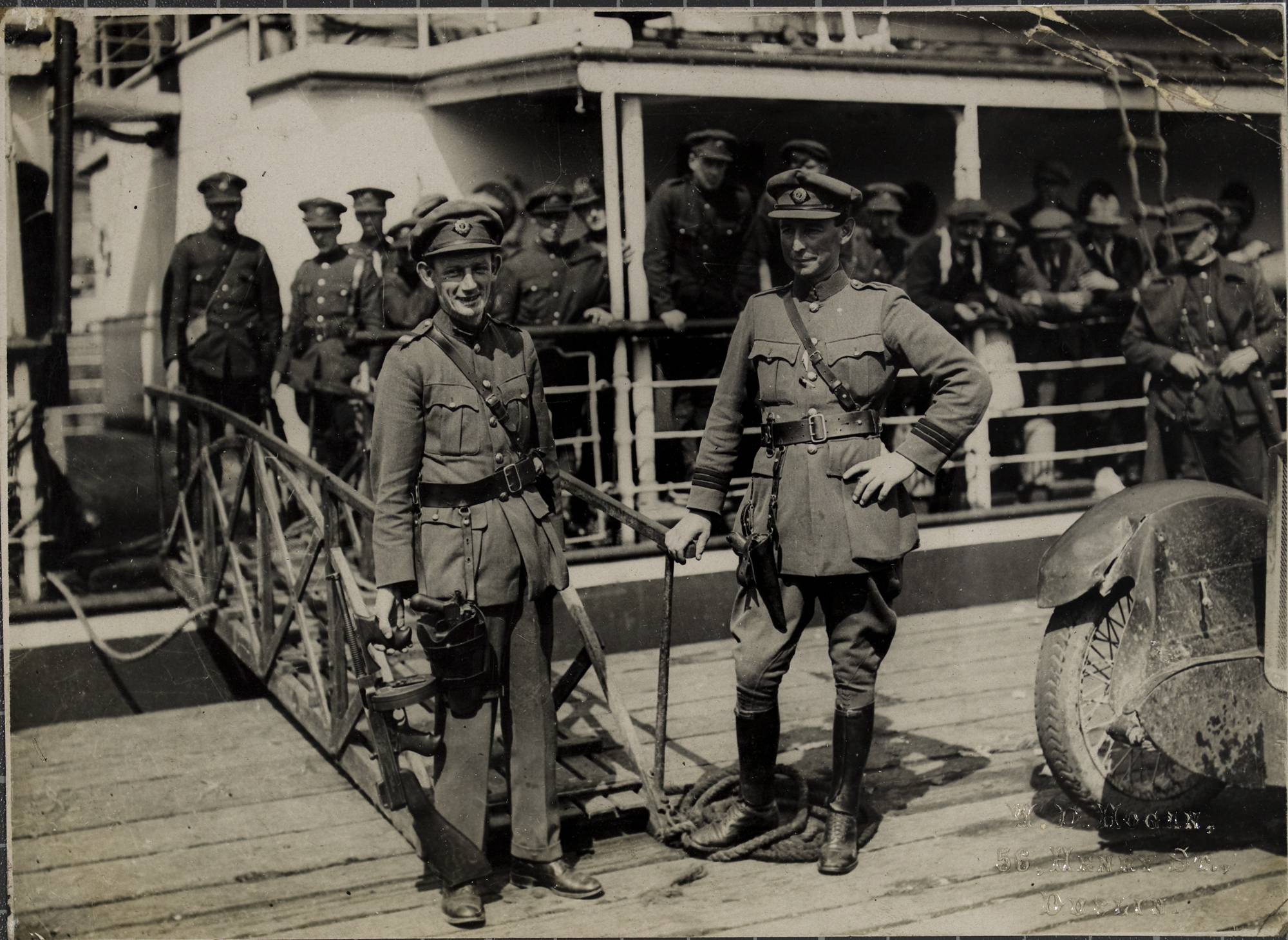 Try to find the date or year when this image was made.
Thanks for contributing!
Today and tomorrow we've got two related Hogan photos from the civil war's "Battle for Cork" (July-August 1922).

The first was labelled in the catalogue as "Major General Ennis (with Thompson gun) and Comdt. McCreagh disembarking from the Lady Wicklow at Passage West", and shows two senior military men who seem somewhat relaxed given what's coming in the days ahead. While we have met General Tom Ennis before and also visited Passage West before, perhaps there's more to find out about a man who looks like he was possibly a "hands-on" officer...

STOP PRESS - This is not the Lady Wicklow at Passage West, it seems that it is the London & North Western Railway Company's Dublin/Holyhead ferry S.S. Arvonia at Albert / Victoria Quay, Cork City. This news comes from the intrepid O Mac who guarantees the accuracy of this new information. Owen also suggests that the man on the right is most likely Patrick McCrea rather than McCreagh as per our title.

We now need to review some of the Hogan Civil war photos and decide on the accuracy of the original descriptions.