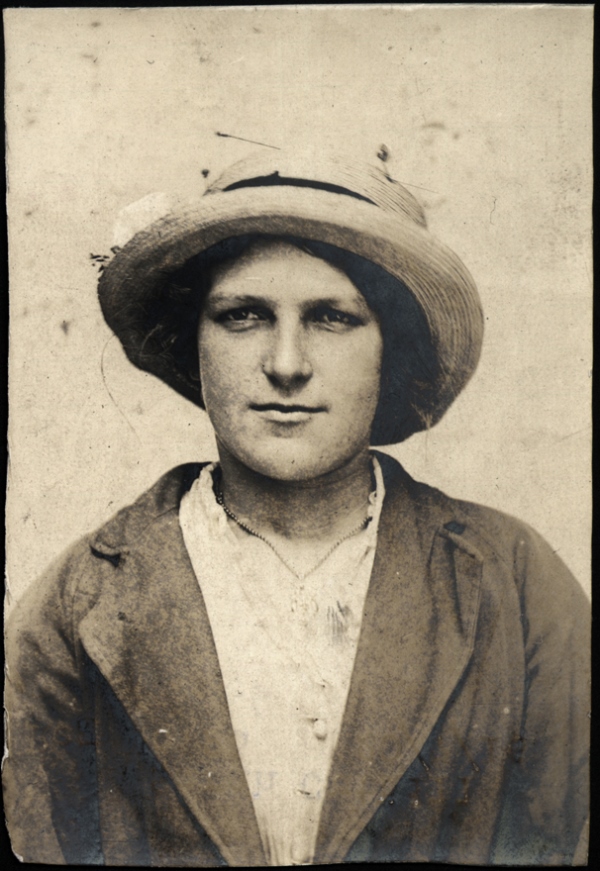 Try to find the date or year when this image was made.
Thanks for contributing!
Name: Sarah Cuthill
Arrested for: not given
Arrested at: North Shields Police Station
Arrested on: 20 July 1916
Tyne and Wear Archives ref: DX1388-1-266-Sarah Cuthill

“LARCENY FROM LODGINGS. GIRL BOUND OVER AT NO. SHIELDS.

At North Shields today Sarah Cuthill, aged 16, of 21 Post Office Row, East Hedley Hope, was charged with having stolen various items of clothing to the value of £1 6s, the property of Annie Clark and was further charged with the larceny of a lady’s costume, a pair of gloves, valued at £1 19s 10d, the property of Elizabeth Fitzgerald.

Mrs Clark said the accused came to her house, 13 Charlotte Street, on the 3rd inst. carrying a bag and asked for lodgings. She said she was working in Newcastle and had come down to North Shields for a few days. She paid 5s and witness allowed her to stay until the 9th when the girl disappeared. The witness then found that the girl’s bag was also gone and that some clothing was missing from the house.

Detective-Sergt. Hall said he received Cuthill into custody from the Whitley police on Wednesday and she admitted the offence. When arrested she was wearing a silk scarf belonging to Mrs Clark.

In the other case Mrs Fitzgerald, 78 Princes Street, stated that Cuthill came to her house and asked for lodgings at about 12.45pm on Sunday the 9th inst. saying that she was employed on munition work in Newcastle and that her father was a soldier stationed at the King Edward School. At about 4 o’clock in the afternoon she made some excuse and went out and noticing that the girl’s bag was gone witness looked around and saw that a costume was missing. Running to the door, she saw Cuthill walking along the street and she shouted to her. The girl turned round and walked some steps toward her, whereupon Mrs Fitzgerald went into the house again. The girl did not follow however and when the witness looked out again she was gone.

Det. Hall said the girl was wearing the costume at Whitley when arrested. Cuthill admitted both offences. Sergt. Hall said there were other two charges against her at Newcastle and she had admitted those also. On the defendant’s promise to go to a home in Newcastle, she was bound over in the sum of £5 for six months”.