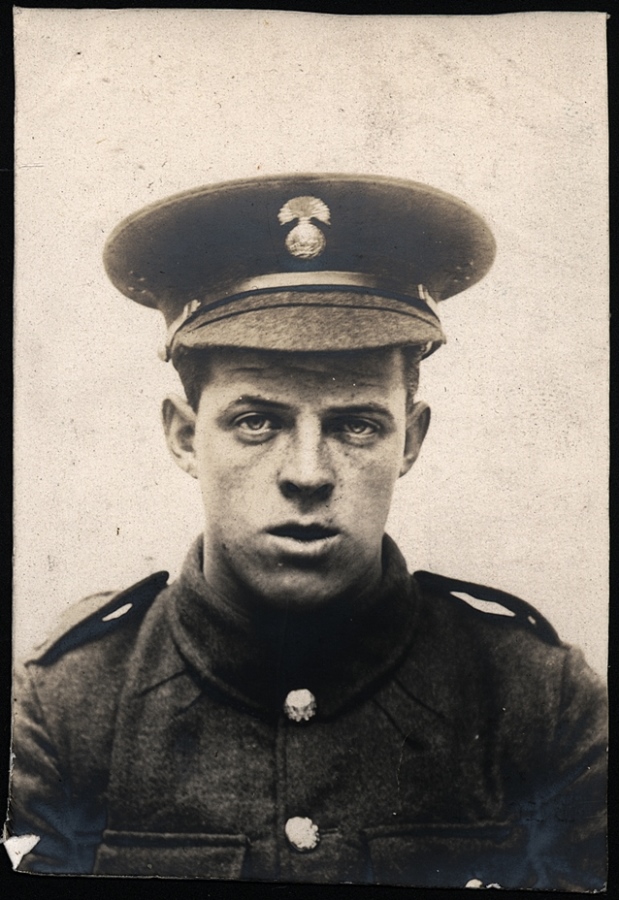 Try to find the date or year when this image was made.
Thanks for contributing!
Name: Lawrence Armstrong alias Hanby
Arrested for: not given
Arrested at: North Shields Police Station
Arrested on: 30 September 1915
Tyne and Wear Archives ref: DX1388-1-262-Lawrence Armstrong AKA Hanby

“A SOLDIER COMMITTED FOR THEFT.

Today at North Shields, Laurence Armstrong (21) of the 1st Northumberland Fusiliers was charged with having stolen on Sept. 20th a box of cigarettes valued at 5s from the shop of Henry Nicholson, tobacconist, Saville Street. An assistant of the prosecutor’s said she was serving a customer on the above date, when accused entered the shop, picked up a box of cigarettes and went away.

Defendant was further charged with having stolen a dress ring, valued at £1, the property of Valone Harrison, conductress of a tramcar on Sept. 14th. The prosecutrix said the accused boarded a car on which she was following her employment. He asked to look at her ring. She took it off her finger and showed it to him. Witness then went to collect some fares and while she was thus engaged the accused got off the car.

Detective Mason said that when accused was arrested on the previous charge a pawn ticket relating to the ring was found in his possession. Accused pleaded guilty and said he was very sorry. He had been seven months at the front and had been gassed. He was committed to prison for 14 days on each charge”.