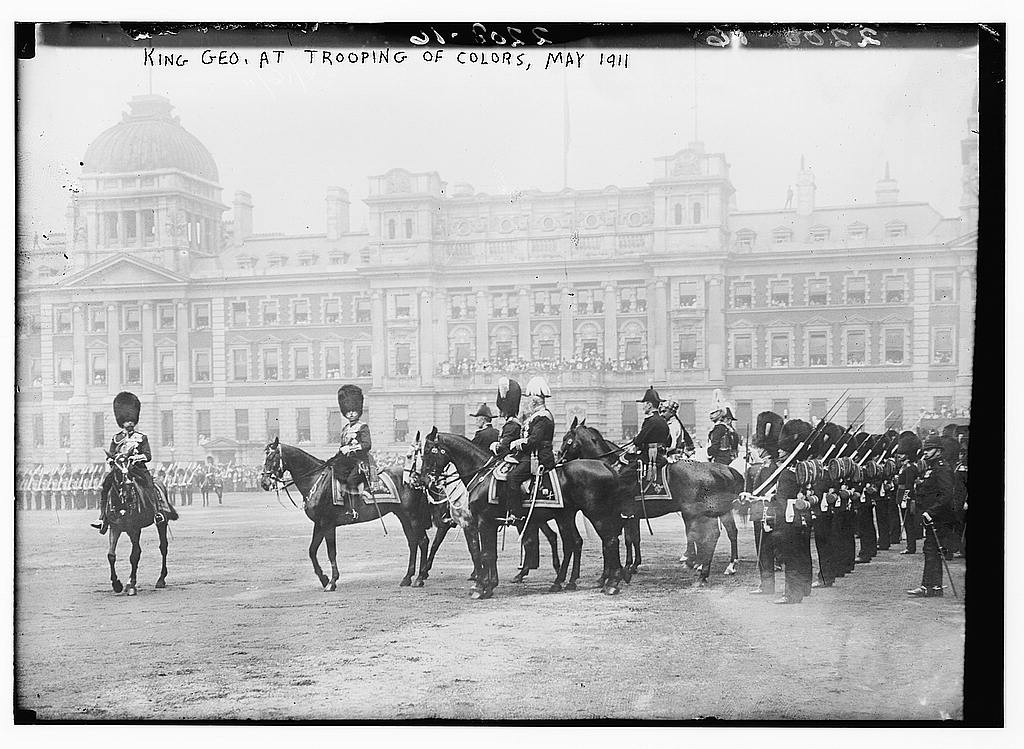 1911 May (date created or published later by Bain)

Notes:
Title from data provided by the Bain News Service on the negative.
Photograph shows King George V Trooping the Colour, for the first time in May 1911 in front of the Admiralty Extension Building. Both the King and the Duke of Connaught wore the uniform of the Grenadier Guards. The Maharaja of Bikaner also attended. (Source: Flickr Commons project, 2009, 2012)
Forms part of: George Grantham Bain Collection (Library of Congress).