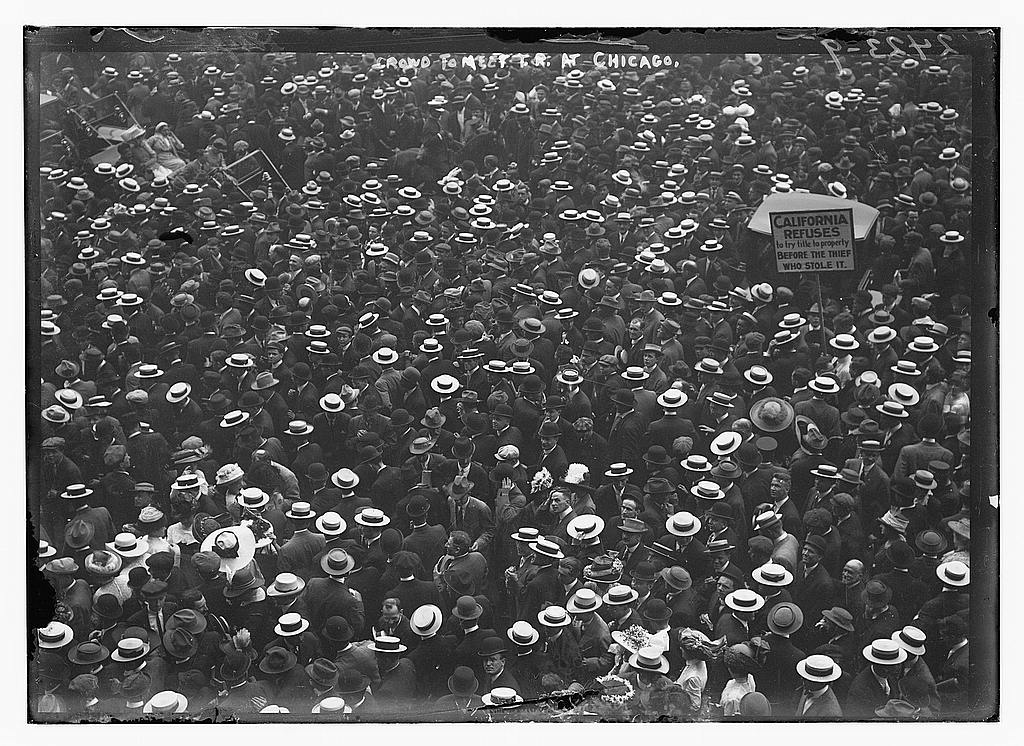 Notes:
Title from data provided by the Bain News Service on the negative.
Photo probably relates to Teddy Roosevelt candidacy for president in 1912. He spoke at the Progressive Party meeting in August, but was also in Chicago for other meetings that year. (Source: Flickr Commons project, 2008, New York Times article, and date of neighboring negatives.) The sign says "California refuses to try title to property before the thief who stole it."
Forms part of: George Grantham Bain Collection (Library of Congress).