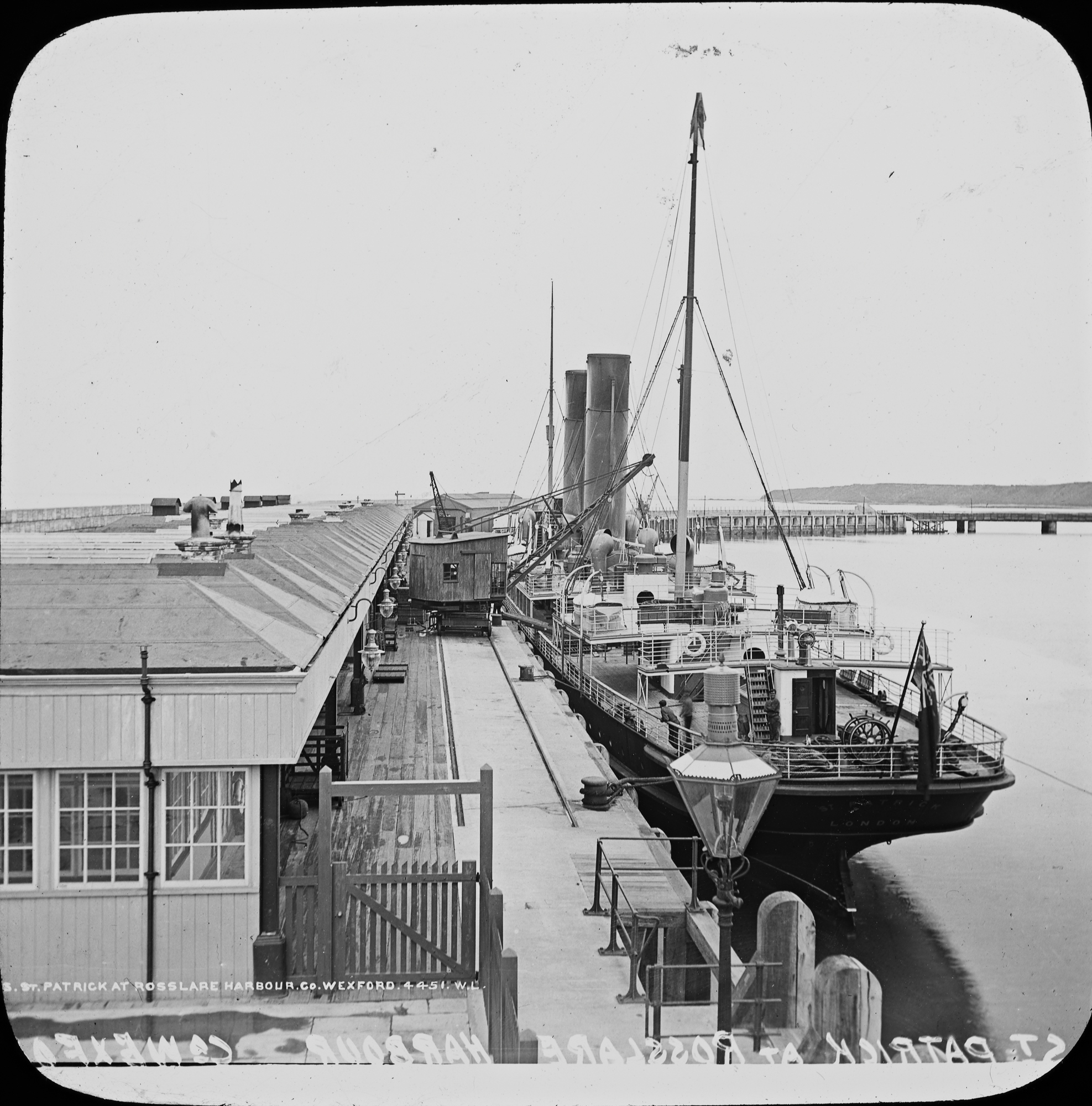 Try to find the date or year when this image was made.
Thanks for contributing!
Welcome to a new week and a new set of NLI photographs for your attention. Today we start with a shot from the Mason Collection showing a ship moored at Rosslare Harbour.

Following input from B-59 (on the dates for the ship's service) and Sean (on the dates for the pier construction), we've updated our range to a likely 1906-1910. Thanks also to beachcomberaustralia, John Spooner, and O Mac for the extra background on the vessel, the route it serviced, and what happened to it later in its life. (Including its time as a "hospital ship" during the Great War). Sharon stirred-things-up by pointing out that this image is attributed in our catalogue to two photography studios: both Mason and Lawrence. But for now we'll assume there was nothing nefarious afoot :)