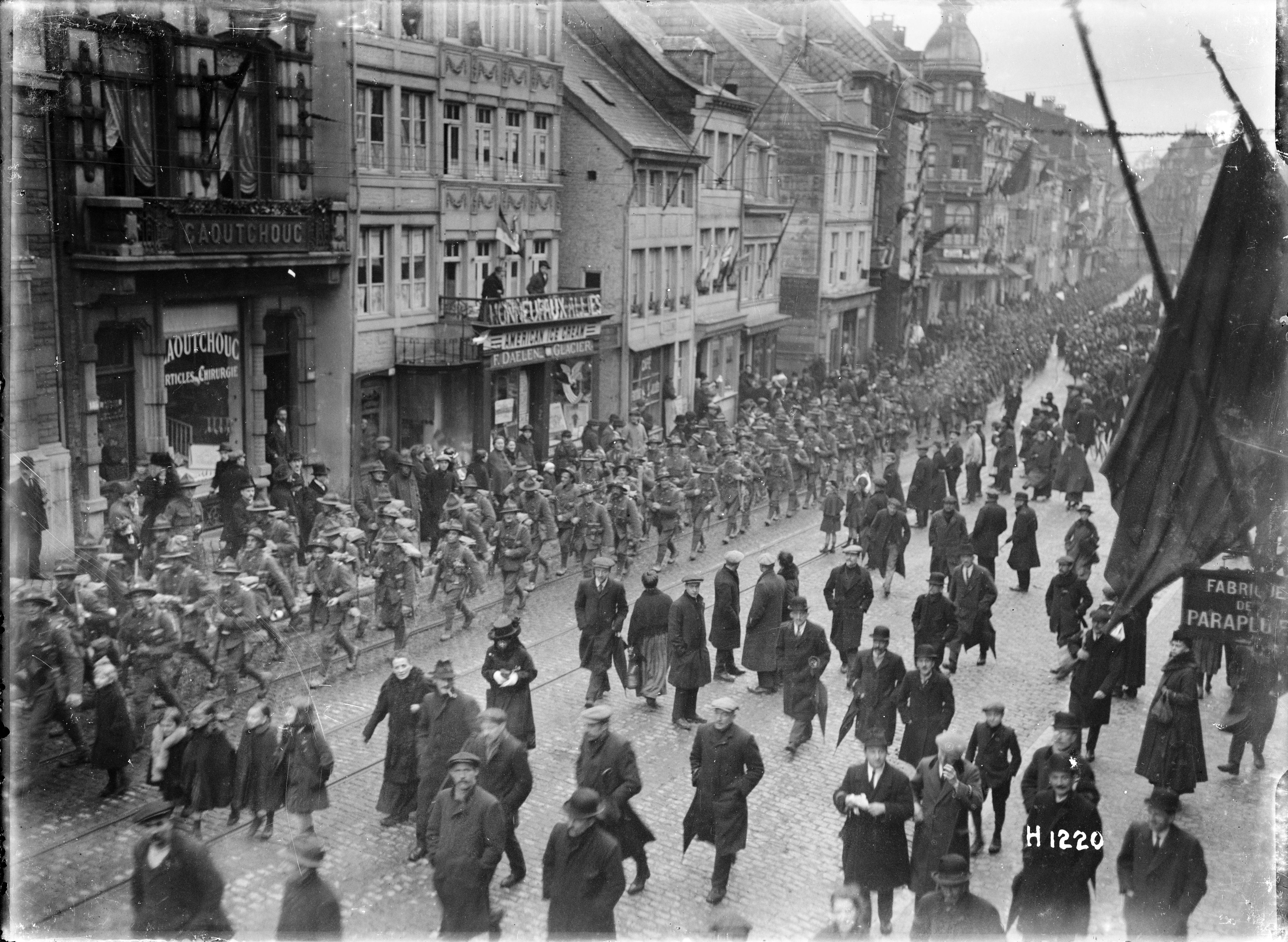 Try to find the date or year when this image was made.
Thanks for contributing!
A long column of New Zealand troops marching down a cobbled street in a city (exact location unknown) along the Rhine after the Armistice ending World War I. A number of flags are flying from buildings. Civilians on the street watch the proceedings Photograph taken late 1918 by Henry Armytage Sanders.
Inscriptions: Inscribed - Photographer's title on negative -bottom right: H1220.
Quantity: 1 b&w original negative(s).
Physical Description: Dry plate glass negative 4 x 5 inches