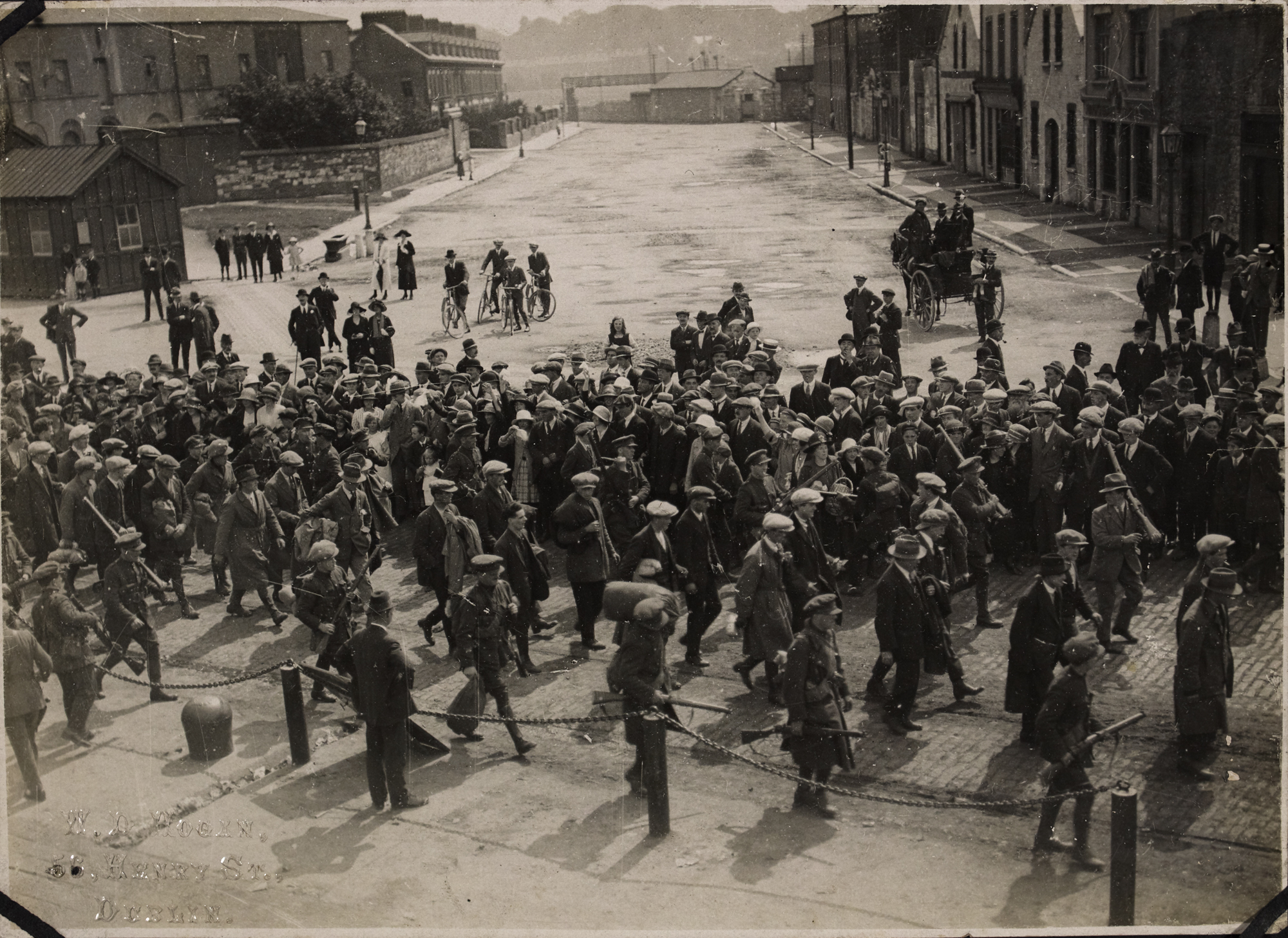 Try to find the date or year when this image was made.
Thanks for contributing!
Following from yesterday's related Hogan shot, here we see pro-treaty forces escorting anti-treaty prisoners following the Battle of Cork. Given the learnings yesterday, it seems possible that Hogan stood on the upper deck of a vessel (perhaps the same vessel we saw yesterday) to capture this image...

I was always of the opinion that the references to Cork as the "Rebel City" was related to this time in our history, it transpires that the colloquialism has a much earlier genesis.

In 1491 Cork played a part in the English Wars of the Roses when Perkin Warbeck, a pretender to the English throne, landed in the city and tried to recruit support for a plot to overthrow Henry VII of England. The Cork people fought with Perkin because he was French and not English, they were the only county in Ireland to join the fight. The Mayor of Cork and several important citizens went with Warbeck to England but when the rebellion collapsed they were all captured and executed. Cork's nickname of the "rebel city" originates in these events.
See: County Cork article on Wikipedia