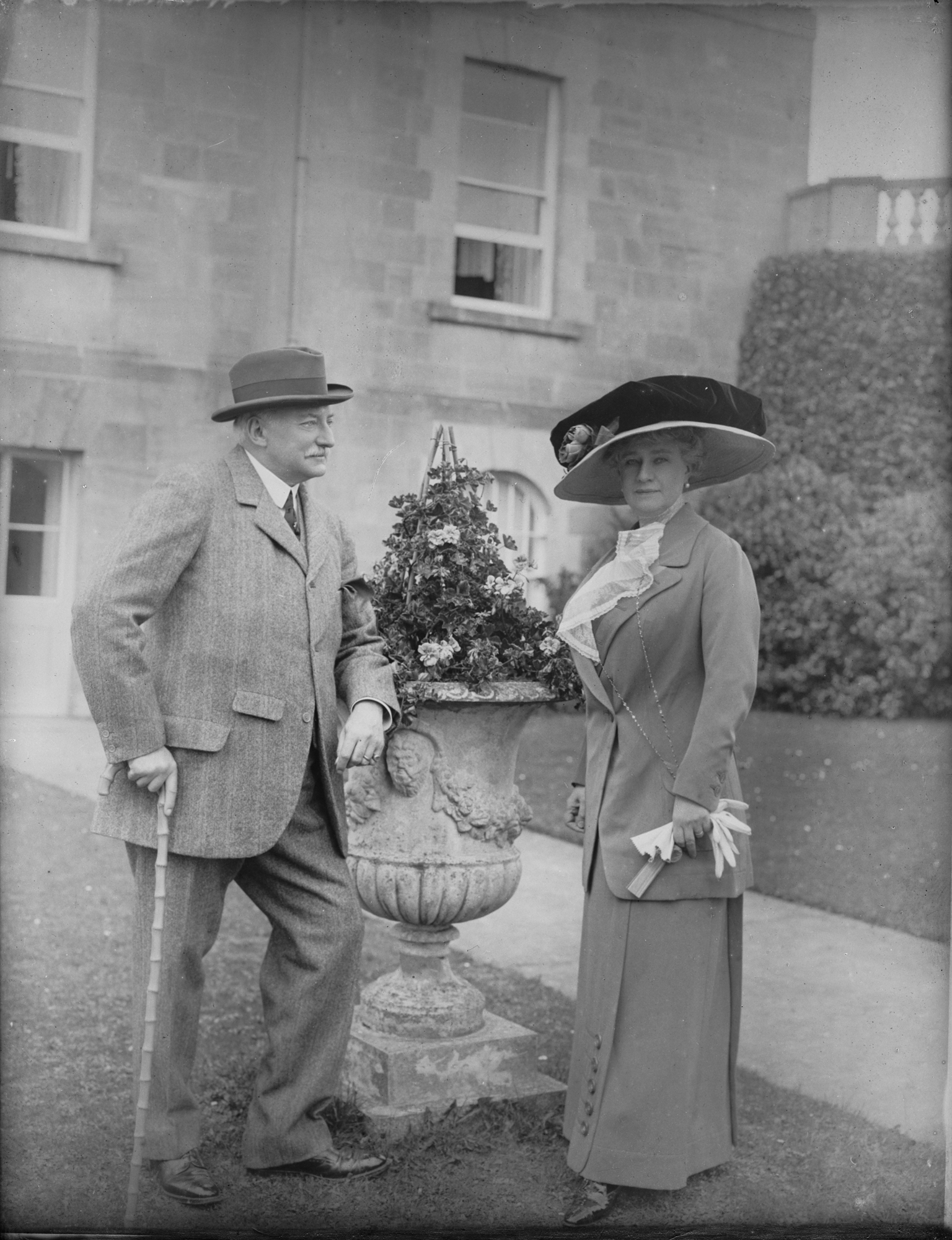 Try to find the date or year when this image was made.
Thanks for contributing!
An unusual one this morning, we find a couple with a title in a very posed shot. But we wondered who they are and where was it taken?

Almost immediately, our intrepid Flickroonies identified that the catalogue title was slightly incorrect. We have established that we are looking at a lovely shot of the Baron and Baroness de Neuflize. From France no less. Community consensus holds that it was taken at Bessborough Estate in County Kilkenny - the home of the Ponsonby family, and a great house we and Poole have visited before. Based on diary and newspaper "society" entries it is understood that this picture was taken in late August or early September 1912. They were visiting the new "in-laws" following a June marriage between their daughter Roberte and Vere Ponsonby of Bessborough.

The entire community had lots to add on this one, but with thanks especially to O Mac, yorkshire.images, John Spooner, beachcomberaustralia and sharon.corbet for the inputs on location, dates, subject and sourcing the often fascinating contemporary newspaper reports on the wedding and subsequent society events. Amongst the different texts, yorkshire.images highlights an extract from a 24 August 1912 entry of Lady Layard's diary:

"In the evening Baron & Baroness de Neuflize arrived on a visit from Paris. They are the parents of Robert(e) Duncannon & have not been here before."

(She doesn't mention the splendid hat...)