Ballykinlar internment camp players: a troupe of prisoners formed during their period of internment 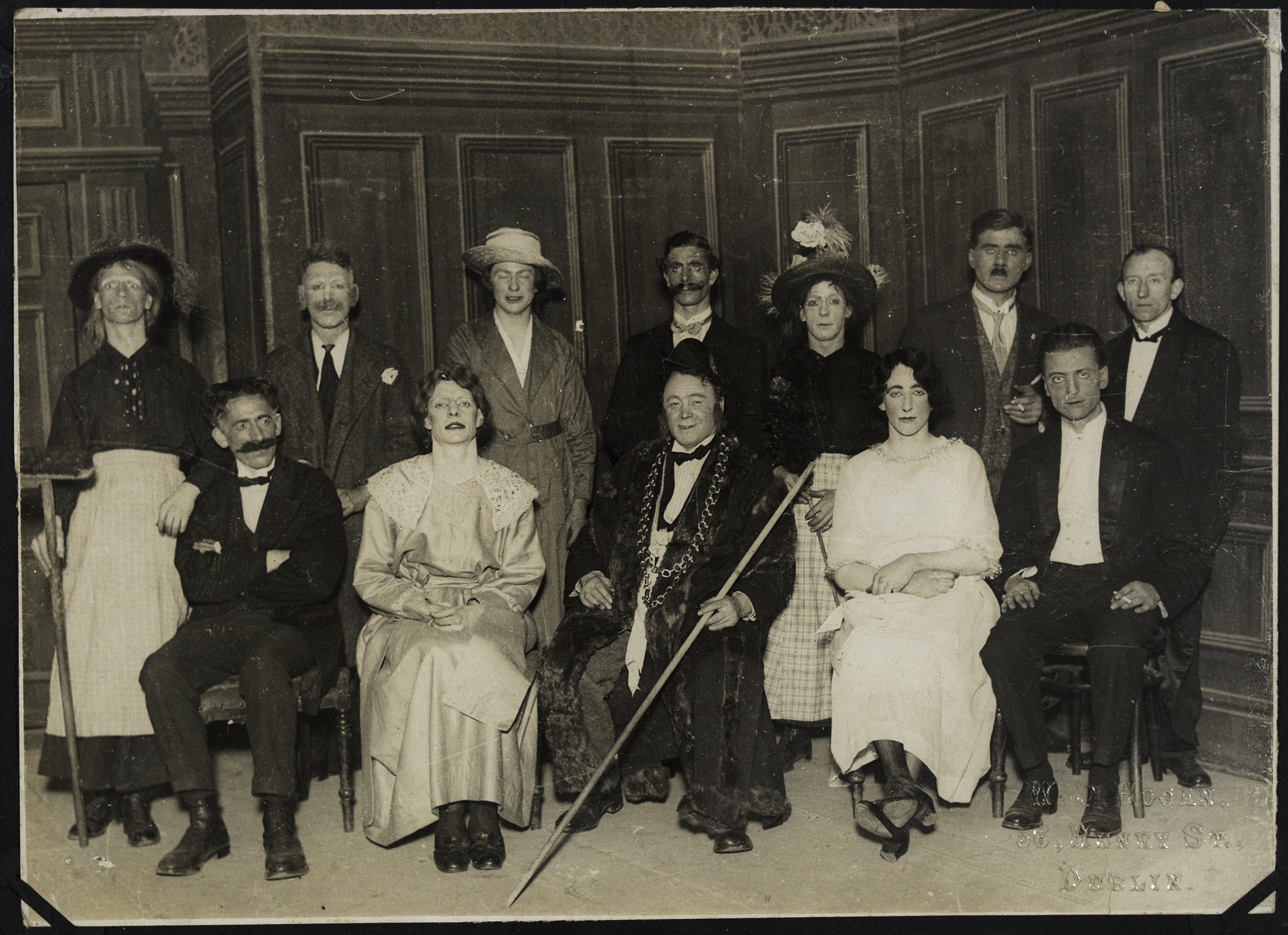 Try to find the date or year when this image was made.
Thanks for contributing!
This interesting Hogan photograph shows a group of men who were interned in Ballykinlar together. Here shown after taking part in some amateur dramatics.

Ballykinlar Internment Camp, County Down, was a detention centre for republican prisoners during the War of Independence, and while it's possible that the photo was taken there circa 1921, the troupe also performed in Dublin in 1922 (after release).

Whether it was during internment or afterwards, sharon.corbet and Carol Maddock highlight some incredible sources (including the fantastic program and posters sourced by Sharon from the camp itself). The Freeman's Journal article of 1922, which Carol sourced, indicates that the Ballykinlar Players are likely shown here in costume for "The Lord Mayor", a play in three acts by Edward McNulty. From the article: