A seaman's cabin on the tanker ‘Borgsten’ 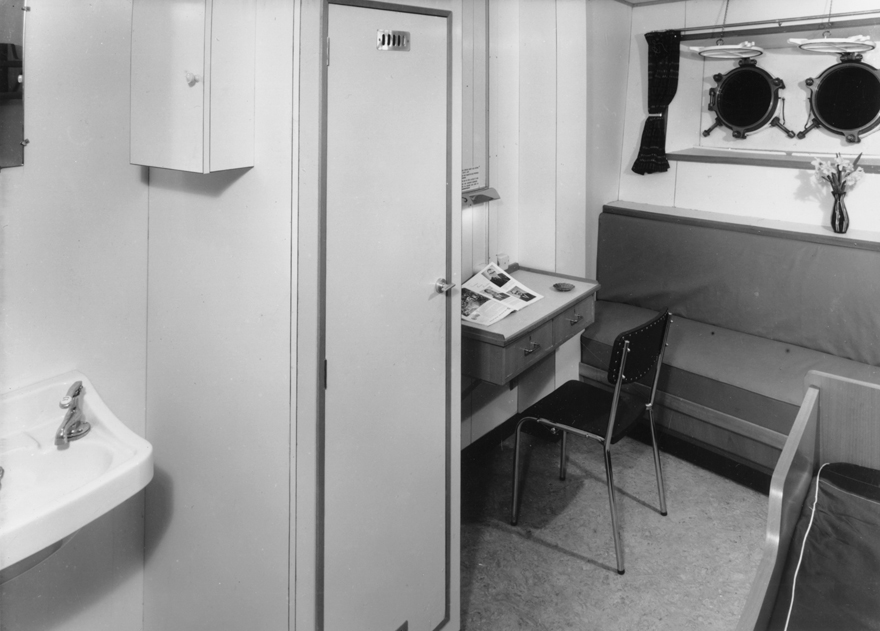 Try to find the date or year when this image was made.
Thanks for contributing!
View inside a seaman's cabin on the tanker ‘Borgsten’, January 1964 (TWAM ref. DS.JLT/4/PH/1/709/7/12). She was built by J.L. Thompson & Sons Ltd, North Sands, Sunderland.