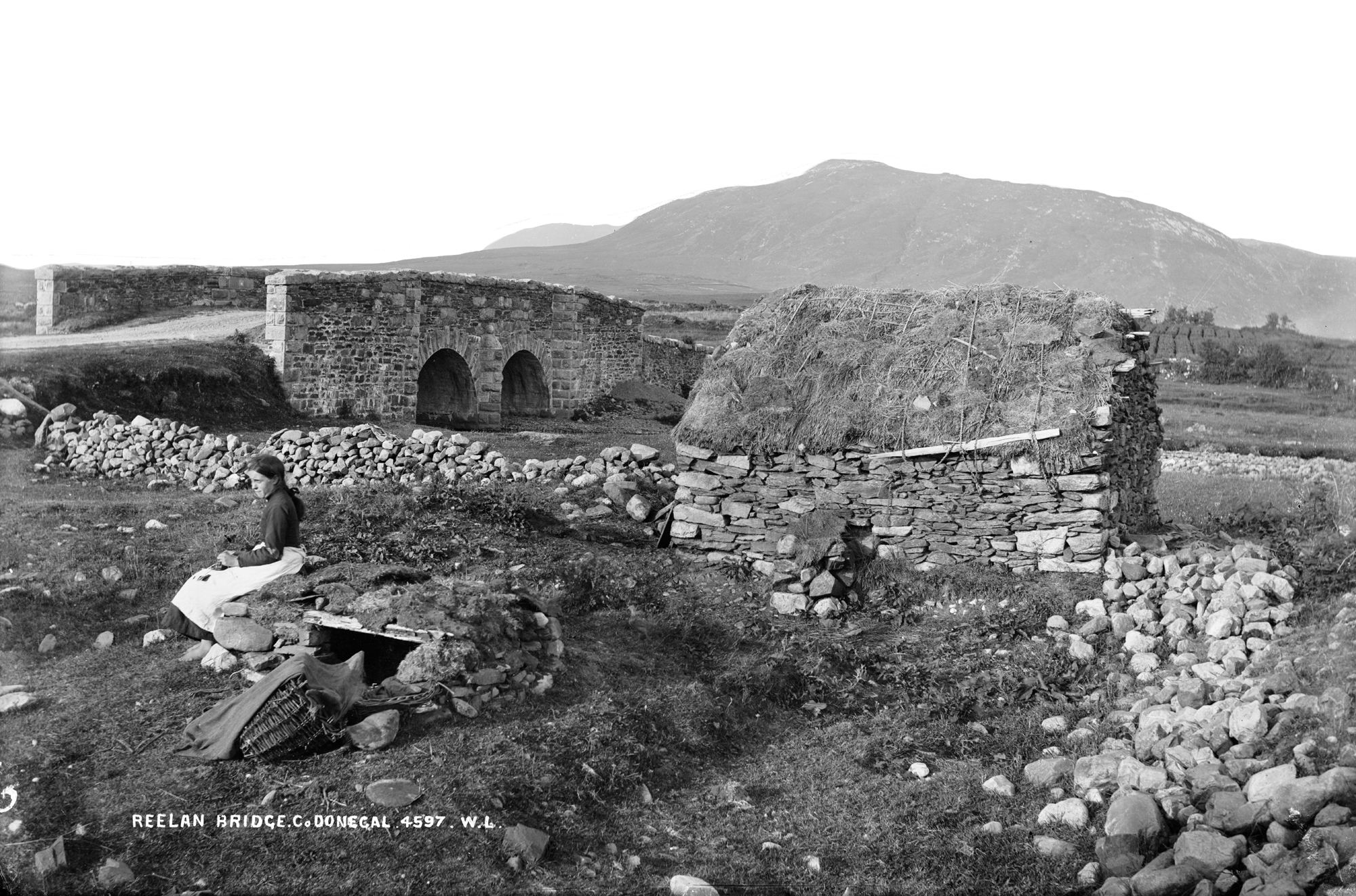 Try to find the date or year when this image was made.
Thanks for contributing!
Though labelled as "Reelan Bridge, Lifford, Co. Donegal" in the catalogue, after some initial location theories that were closer to Lifford, it was confirmed that we are a little further afield. Within a short space of time, both O Mac and Niall McAuley suggested a bridge over the Shallogan River ("An Sealgán"). Though still in Donegal, this puts us 60kms from Lifford and makes the hill in the background an Shalloganbeg ("Cnoc an tSealgáin Bhig"). The modern-day streetview topography seemed pretty convincing, and the guys suggested that the photographer was standing close to where the 1890s Stranorlar and Glenties rail line was just built, was being built, or was to be built.

Not satisfied with this, O Mac actually went to Straboy. In doing so he not only confirmed the location, took a few "today" shots, and established a likely date range - but even settled the "what is the 'house' pictured" debate. As per his note below, local knowledge suggests it was probably a hen coop. Kudos and thanks from us in Library Towers!