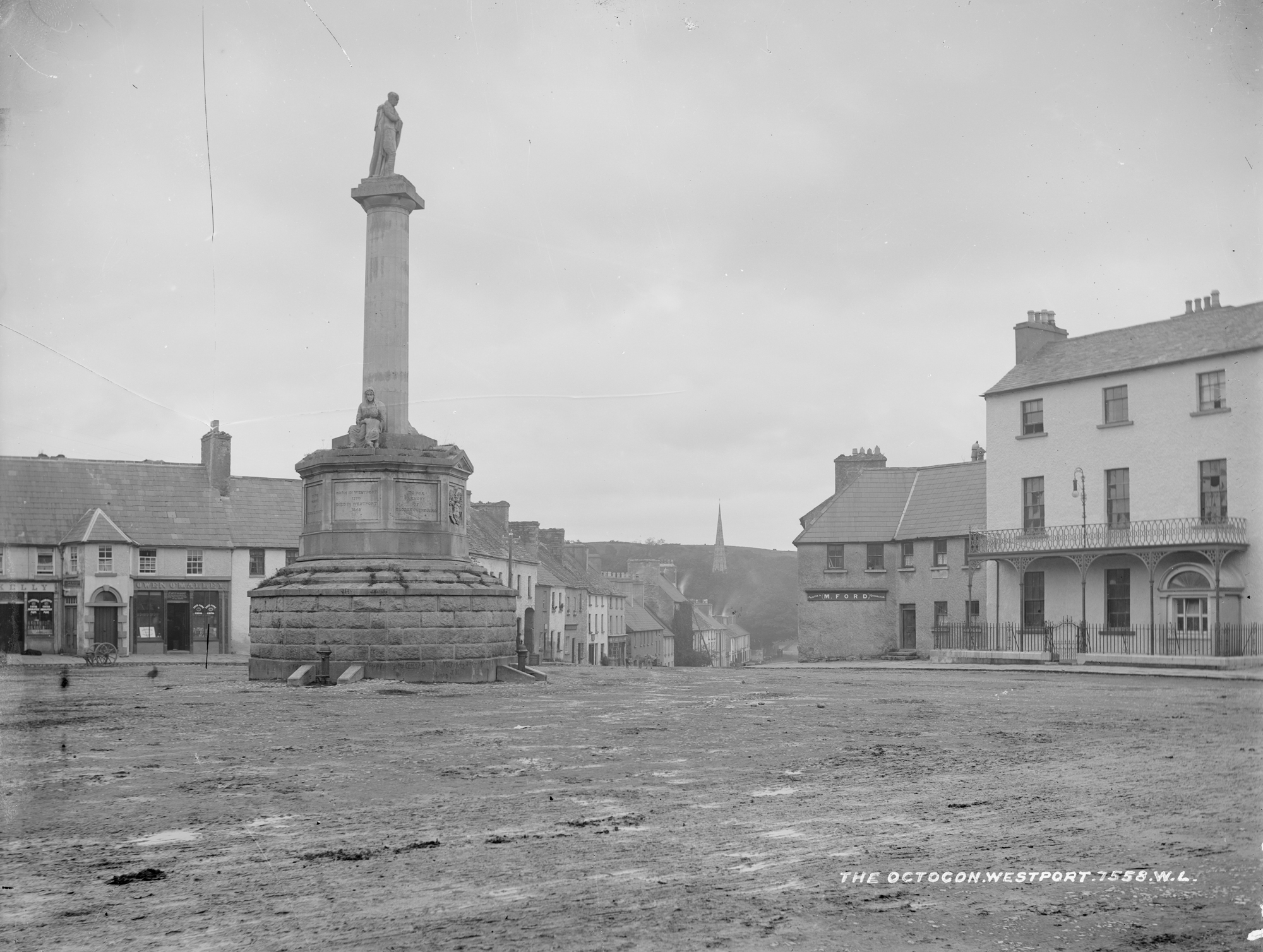 Try to find the date or year when this image was made.
Thanks for contributing!
For many towns a four-sided square is sufficient. Not so for the "planned town" of Westport - where norms are doubled to form "the Octagon". The octagonal monument in the centre was originally erected in the mid-19th century in memory of a wealthy local - a decade or so ahead of the first date in our catalogue's "1865-1914" range. But we wondered whether we could refine the date range for this Lawrence/French shot.

That the statue still had a head and appeared unaffected by damage that beachcomberaustralia noted confirmed that the image likely didn't exceed the late 1910s. However, our eagle-eyed sleuths were able to refine further. sharon.corbet was quick to point out that the distant spire put the earliest date in the 1870s. O Mac PRO suggested that the electric lights might imply an early 20th-century date - and this seems to have been confirmed by a "1902" date in the graffiti spotted by beachcomberaustralia (and corroborated by Niall McAuley and derangedlemur).

Ultimately through the community's efforts we have learned that the monument did succumb to various attempts, and the original statue of George Glendenning (1770-1843) was replaced by one of St Patrick in the late 20th century...