The tanker 'Spinanger' ready for launch 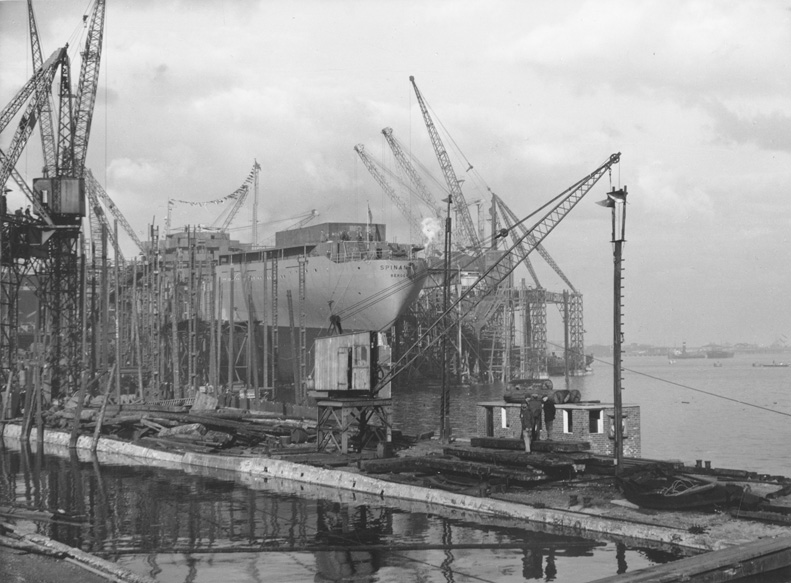 Try to find the date or year when this image was made.
Thanks for contributing!
View of the tanker ‘Spinanger’ ready for launch at the North Sands shipyard of J.L. Thompson & Sons, Sunderland, 22 October 1957 (TWAM ref. DS.JLT/4/PH/1/694/2/2). The launch of 'Spinanger' was unusual in that it was carried out without the assistance of tugboats. This was due to industrial action by the Wear tugboatmen.