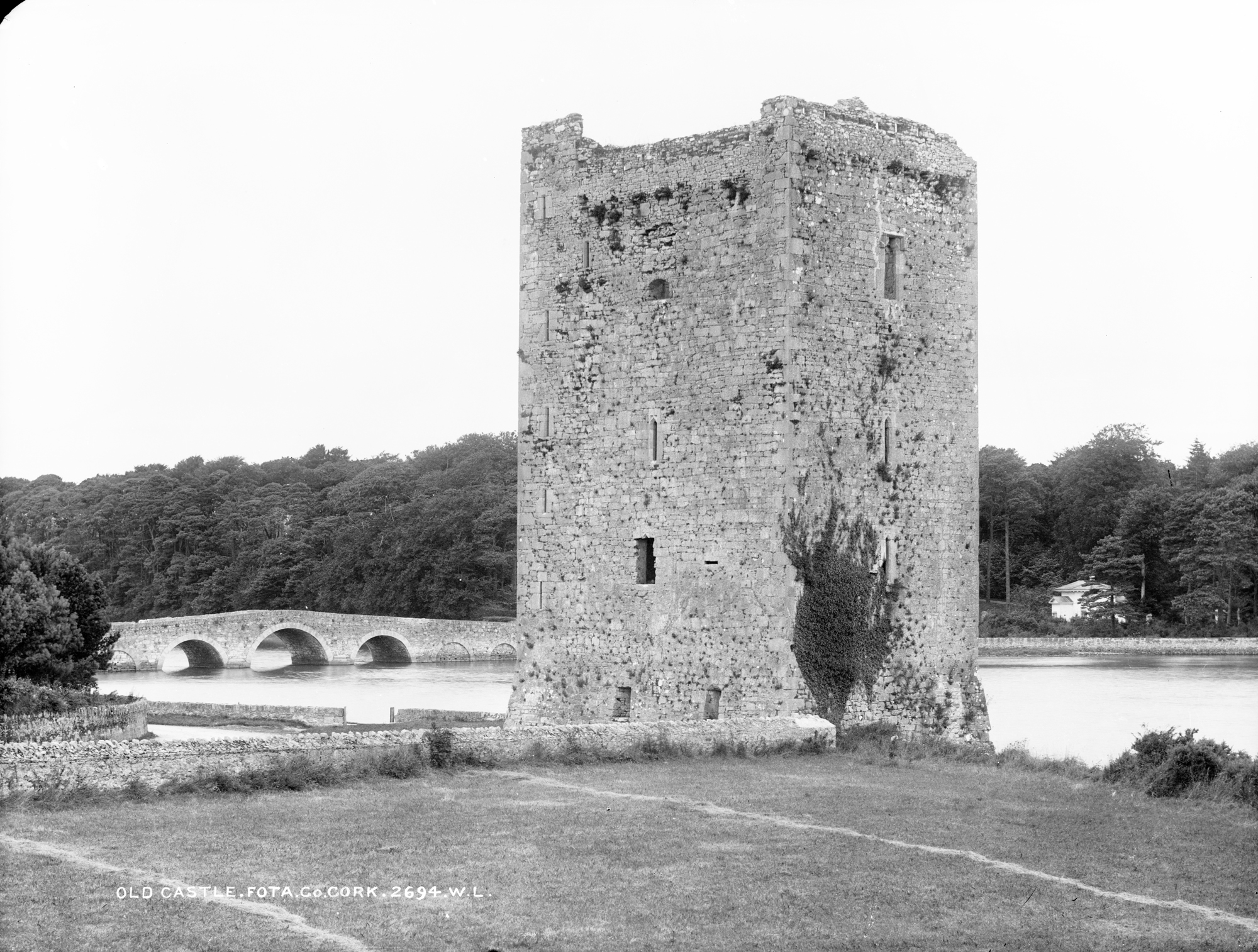 Try to find the date or year when this image was made.
Thanks for contributing!
For our Cork supporters today we have an old and very clear shot of the castle at the bridge from Fota.

This shot generated a number of good stories today - leaving us with a tough job to select the most interesting ones. With thanks to all of today's contributors, without your help and support we would be at nothing: sharon.corbet, Niall McAuley, beachcomberaustralia, Carol Maddock + guliolopez.

Ultimately perhaps Carol's "Blarney Castle" story wins by a whisker :) Even though Carol's find refers to events during WWI, Beachcomber references a similar story from 1904 - you would have to be up early in the morning to best the jarvies!

Found this headed A Counterfeit Castle in Quidnunc’s An Irishman’s Diary...

During the war [WWI] Queenstown, with its magnificent harbour, was the naval base for the American Fleet “operating in European waters”. Consequently, the town was constantly crowded with sailors on “shore leave”. Cork City was out of bounds, and the people of Queenstown were hard put to it to provide entertainment for these warriors of the sea. Now Blarney Castle proper stands about 21 miles from Queenstown, too long a journey for a horse to do in an afternoon, so the enterprising jarveys of the district evolved a scheme which brought much diversion to the Yankees and a golden harvest to themselves. Fortunately for that scheme, the American sailor is not of so inquiring a mind as his countrymen of the tourist class. About two miles from Queenstown there stands an old ruin, Belvelly Castle. Structurally, it is somewhat similar to Blarney Castle, sufficiently so, at any rate, to deceive the sailor from overseas. And here he was brought in dozens to see the Castle and kiss the Stone! I once inquired from a jarvey which stone they represented to be the famous one. “Yerra, anyone at all, sir, as long as ’twas a bit hard to git at”, he replied. “Most of them stones round the top have had their share. Shure, there’s bits of chewing-gum stuck all over them”. Thus was this complete, but harmless, deception successfully carried out.