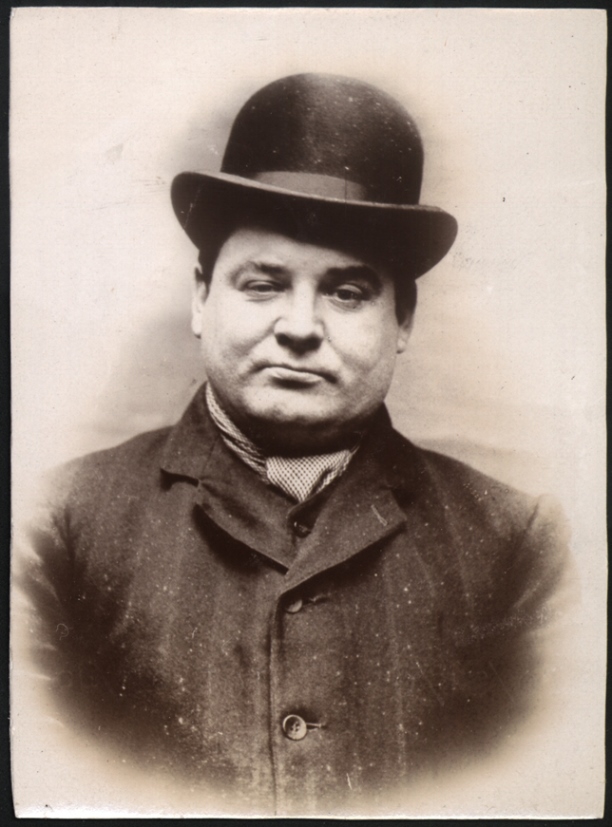 Try to find the date or year when this image was made.
Thanks for contributing!
Name: Charles Nixon
Arrested for: not given
Arrested at: North Shields Police Station
Arrested on: 20 December 1907
Tyne and Wear Archives ref: DX1388-1-119-Charles Nixon

"CHARGE AGAINST A BOOKMAKER'S CLERK AT NORTH SHIELDS.

At North Shields Police Court today, Charles Nixon (30), bookmaker's clerk, South Shields, was charged with attempting to obtain 4s by false pretences from a shopkeeper on Thursday. The prosecutor stated that the accused told him that he had been fined £10 and wanted to get his money back. He asked witness for 4s to put on a horse which had won a race that day and stated that he was working for a big firm of bookmakers and would send the money up, as though it had been put on before the race. The winnings would be £50, which he offered to divide with witness. He, however, declined to have anything to do with him.

The accused said he did not see how he could be guilty of false pretences in simply asking for money to put on a horse. He was committed for 7 days".