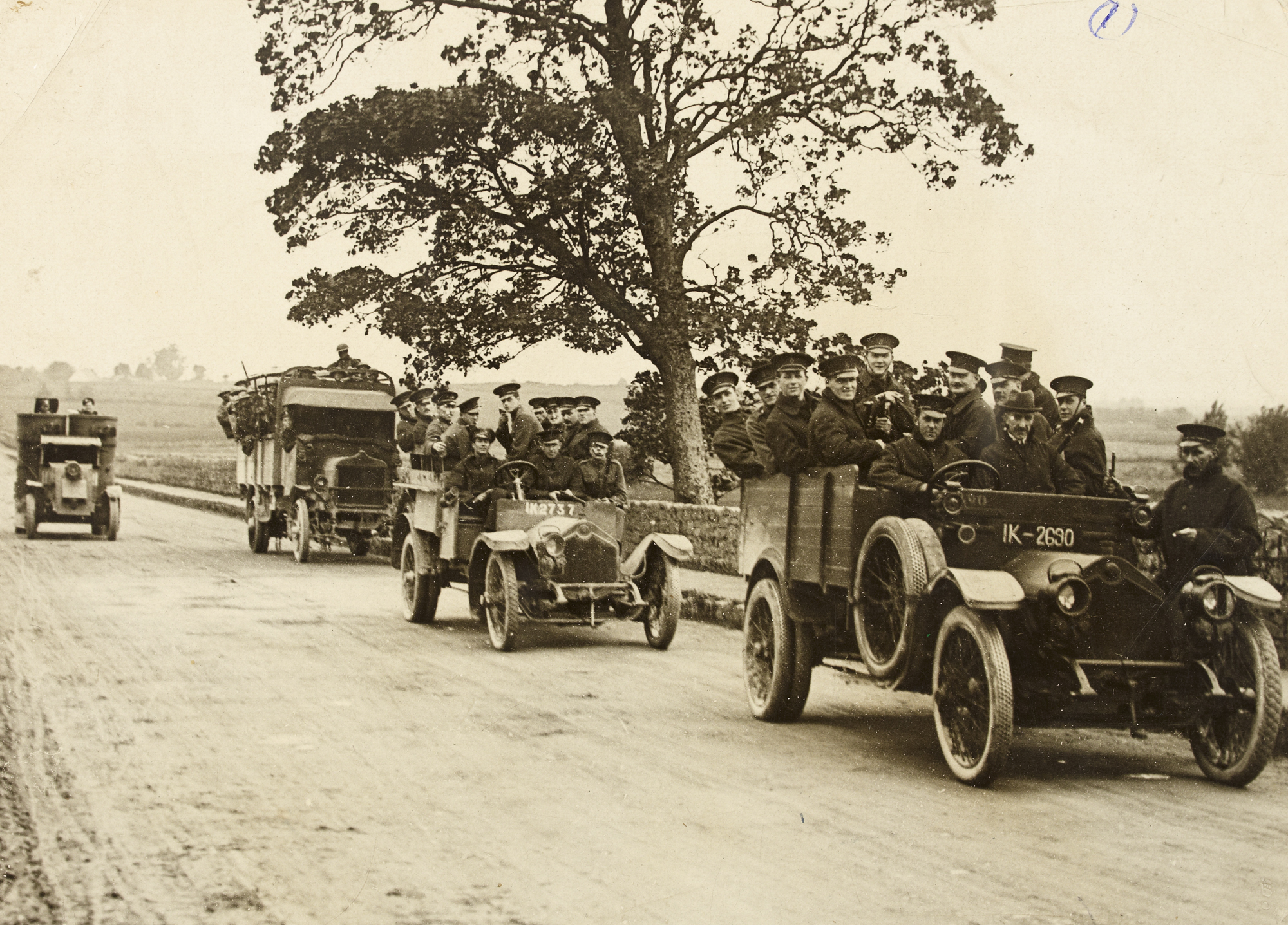 Try to find the date or year when this image was made.
Thanks for contributing!
R.I.C. military and armoured car leaving Limerick on a scouting expedition

So many maps but no definitive location as of yet - can you help?

Thanks to Dr O Mac for identifying the vehicles as, two Crossley Tenders, One c1915 DAIMLER 30HP Y-TYPE 3-TON LORRY and one Austin Armoured car.

Interesting times indeed as can be seen from the following contribution from Carol Maddock "Any Irishman who joins the service of the enemy in the R.I.C. at the present time must be regarded and dealt with as the worst type of traitor. We have no desire to be harsh to those who in older and more peaceful time joined through ignorance, not understanding what they did, and who, in these days, have shown no special malevolence in the work they are compelled to do against the Irish Republic; but there is no excuse for the Irishman who dons the uniform of the enemy for active service against his countrymen at the present time."