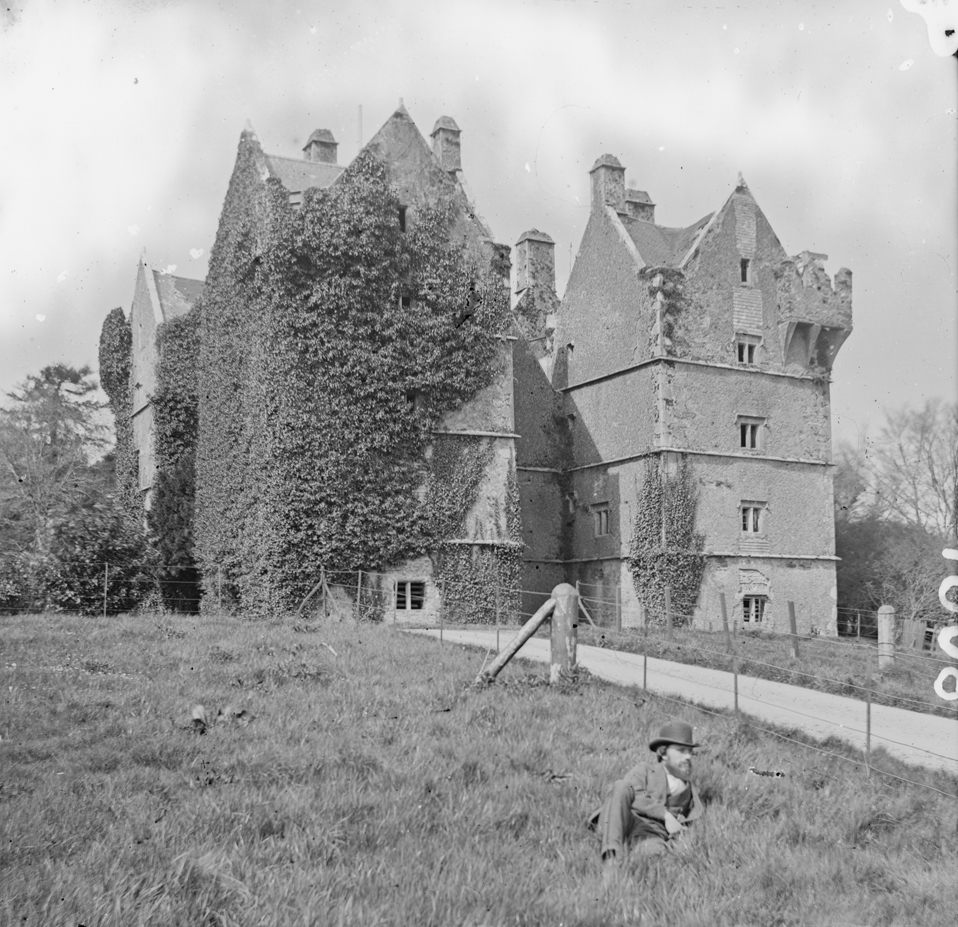 Try to find the date or year when this image was made.
Thanks for contributing!
Fortified house (majiculations at Corner) 1 bay deep, adjoining ivy grown building of same height

This is Monkstown Castle, Monkstown Co.Cork, the location was identified courtesy of derangedlemur

A machicolation (French, machicoulis) is a floor opening between the supporting corbels of a battlement, through which stones, or other objects, could be dropped on attackers at the base of a defensive wall.

In another one of Sharons links (NIAH) they are called, Bartizans - "gabled towers with corner bartizans to each corner"