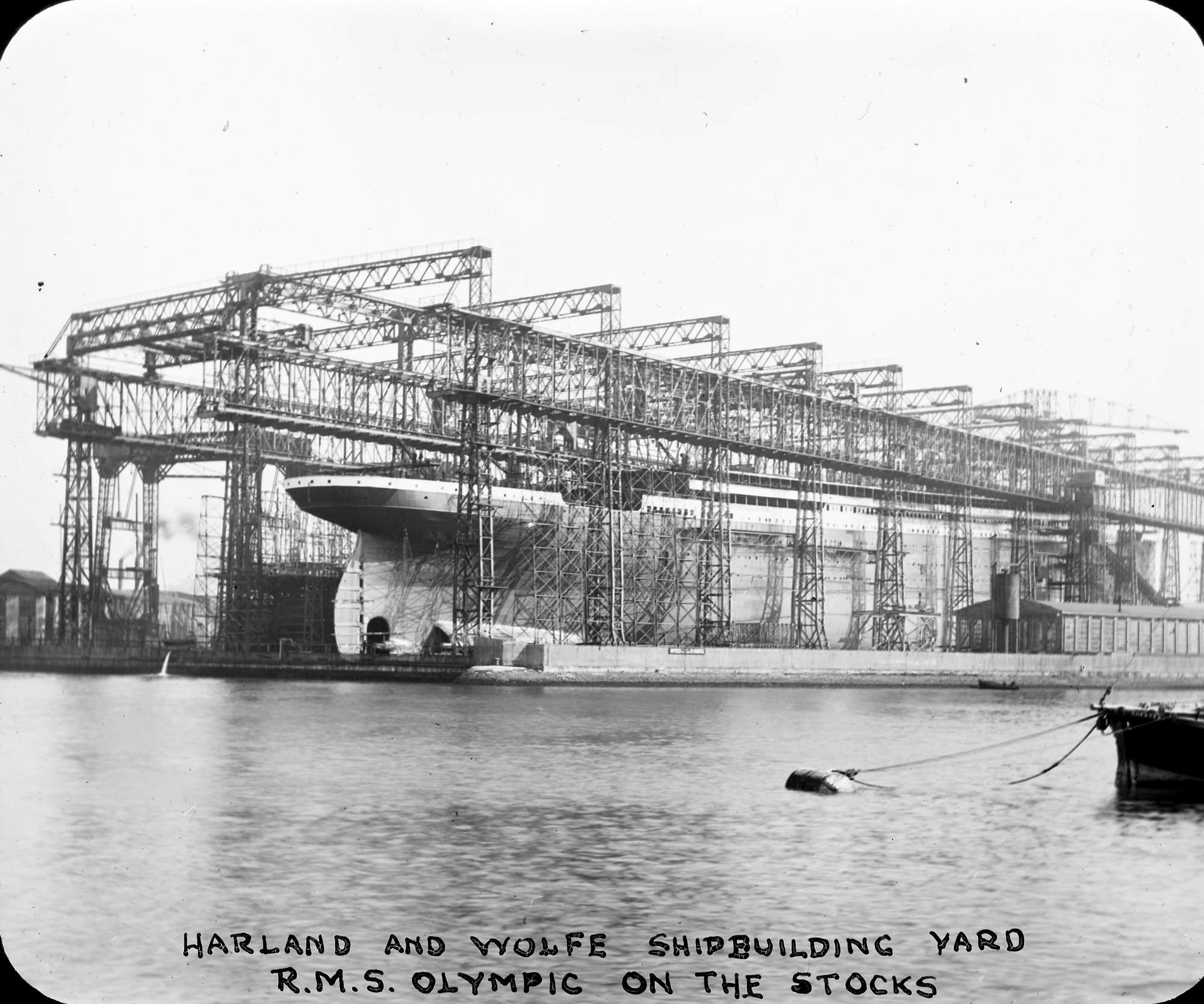 Try to find the date or year when this image was made.
Thanks for contributing!
Harland and Wolff Shipbuilding Yard, R.M.S. Olympic on the stocks (Ships Cradle).

The evidence suggests that this is not the R.M.S Olympic, rather the tragic R.M.S Titanic, while we are delighted with this and we are going to change the title to "R.M.S Titanic?" we are a little wary of the evidence supporting the decision.

I think it is possible that our photographer, at the time would want to claim Olympic rather than Titanic, as Olympic was the big news of the day. It was after all the largest liner in the world when it was launched in 1910.

Having said the above I believe it quite possible that any photo of either ship after the Titanic disaster could easily have been claimed as Titanic rather than Olympic.

Thanks to both sharon.corbet and OwenMacC for the above Titanic theory.